75,000 jobs in financial services at risk after Brexit, Bank of England fears 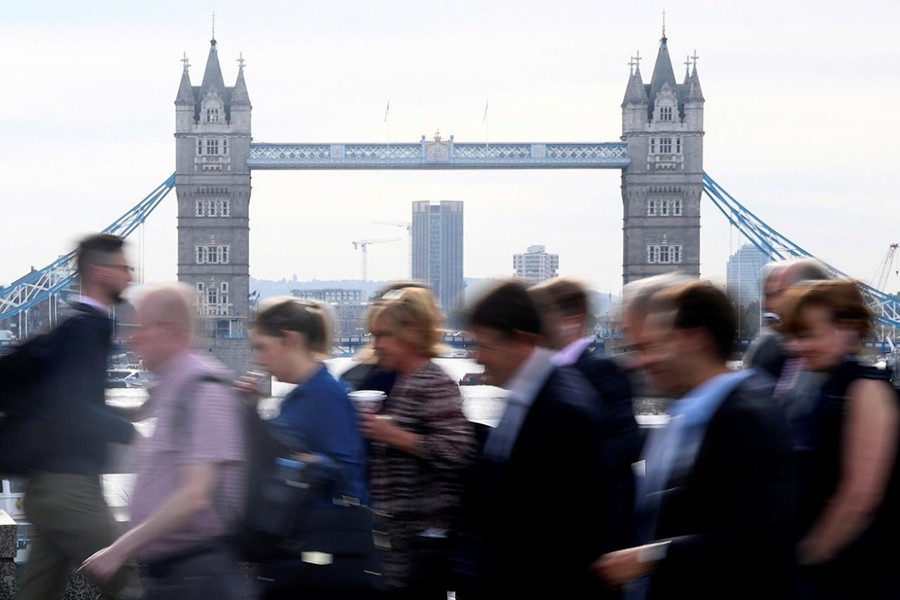 The Bank of England has asked banks and other financial institutions to provide it with contingency plans. - Reuters photo

The Bank of England believes that up to 75,000 jobs could be lost in financial services following Britain's departure from the European Union.

I understand senior figures at the Bank are using the number as a "reasonable scenario", particularly if there is no specific UK-EU financial services deal.

The number could change depending on the UK's post-Brexit trading relationship with the EU.

Many jobs will move to the continent.

The Bank of England has asked banks and other financial institutions, such as hedge funds, to provide it with contingency plans in the event of Britain trading with the EU under World Trade Organisation rules - what some have described as a "hard Brexit".

That would mean banks based in the UK losing special passporting rights to operate across the EU.

The EU could also impose other "locations specific" regulations such as where trading in trillions of pounds worth of euro-denominated financial insurance products has to be based.

That could mean trading jobs moving to Paris or Frankfurt.

There have been a number of studies on the potential employment impact of Brexit.

A poll of more than 100 finance firms by Reuters suggested the number of job losses would be just below 10,000 in the "few years" following Brexit.

I understand the bank believes the 10,000 jobs figure is likely on "day one" of Brexit if there is no deal.

The Brussels-based think tank, Bruegel, said that over time 30,000 jobs could move to the continent or be lost as London's financial sector shrinks.

And Xavier Rolet, the chief executive of the London Stock Exchange, has suggested that over 200,000 jobs could go.

The bank believes that is too high, and its scenario over the next three-to-five years is much closer to the 2016 study by Oliver Wyman, a management consultancy which has often been quoted by banking lobby groups assessing the impact of Brexit.

The study said that up to 40,000 jobs could be lost directly from financial services, with a further 30-40,000 going in associated activities such as legal work and professional services.

The report also argued that there could be opportunities from Brexit, such as developing bespoke financial services for emerging market economies across the Middle East and Asia including China and India.

Even if 75,000 jobs do go, London would still be by far the largest financial centre in Europe with over one million people employed in financial services in the capital and across the rest of Britain.

And the UK would still enjoy a healthy trade surplus in financial services with the rest of the EU worth many tens of billions of pounds.

Many also believe there will be a positive outcome to the EU negotiations as the City supports many governments and businesses on the continent in raising funds and executing global deals.

Those companies and firms would want to keep a close relationship with the UK and its well-developed global markets capacity.