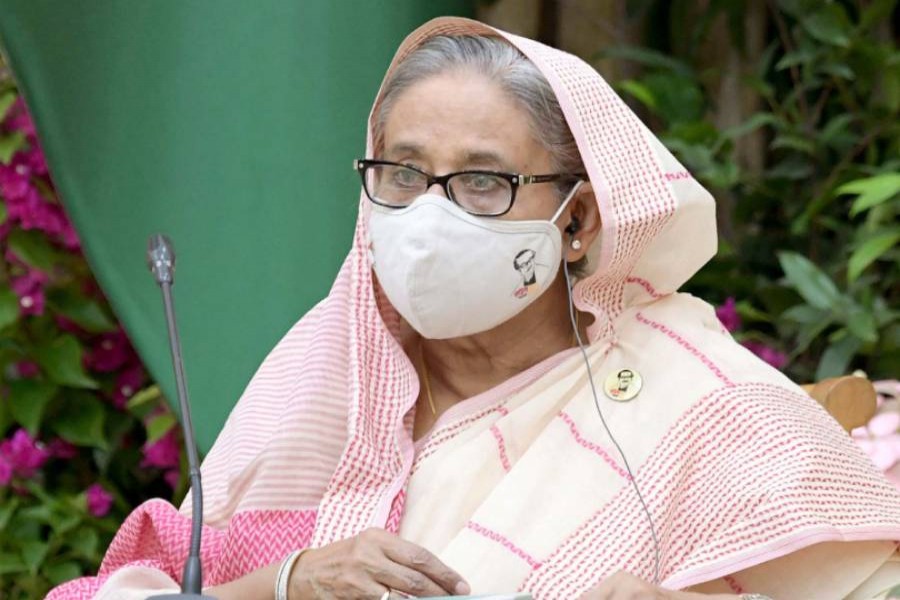 The Executive Committee of the National Economic Council (ECNEC) has approved a total of 10 projects involving Tk 108.85 billion.

The meeting on Tuesday approved six fresh projects and four revised ones, including a project involving Tk 61.79 billion to enhance the electricity network in Dhaka and Mymensingh divisions.

The approval came from the ECNEC meeting held at the NEC conference room. ECNEC Chair and Prime Minister Sheikh Hasina joined the meeting through a virtual platform from her official residence Ganobhaban, reports UNB.

The total estimated cost of the 10 projects is Tk 108.856 billion (only additional costs of the revised ones were counted there), State Minister for Planning Dr Shamsul Alam told reporters after the meeting.

Of the cost, Tk 51.42.55 billion will be borne from the government’s fund, while Tk 7.56 billion will come from the own funds of the organisations concerned and the rest Tk 49.56 billion as project loans from foreign sources, he said.

In terms of cost, the three largest new projects are Modernisation and Capacity Enhancement of BREB Network (Dhaka-Mymensingh Division) project with an estimated cost of Tk 61.78 billion, Establishment of Rajshahi Medical University (RMU) with Tk 18.67 billion, and Modernisation of Power Distribution-Smart Grids Phase-I with Tk 10.67 billion.

The four revised projects include Upgrading Sirajganj town part of Nalka-Sirajganj-Soydabad Regional Highway (from Shaheed M Mansur Ali Medical College to Wapda junction) into 4-lane one and Upgrading the remaining part into 2-lane one (1st revised) project with additional cost of Tk 630 million (now its cost rose at Tk 3.27 billion), construction of the connecting road from Bogura town to medical college (1st revised) with additional cost of Tk 797 million (now the cost stands at Tk 1.84 billion).

The other revised projects are “Construction of Goma Bridge on Rangamati River at 14t km of Barishal (Dinarerpool)-Lakshipasha-Dumki District Highway (1st revised)” with an additional cost of Tk 348.20 million (now the cost increased to Tk 924.50 million) and Establishment of Fire Service and Civil Defense Stations at 25 important Upazila Sadar/ places of the country (3rd revised)” with reduction of 1.30 billion in the cost (now the cost declined to Tk 2.89 billion).