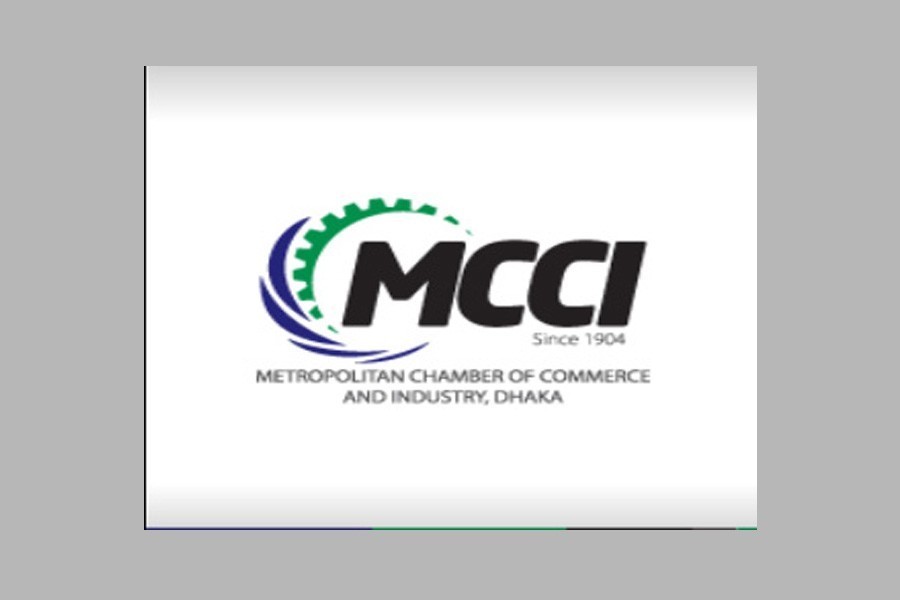 In a press release issued Friday, the country's oldest trade body urged the government to consider the higher import trend and the cascading Russia-Ukraine war fallout.

"We should control the high subsidies on electricity, gas and fertilizers, otherwise spending as subsidy will shoot up significantly," the MCCI notes in its post-budget mixed reaction.

The COVID-19 pandemic has created significant challenges for the global economy. Understandably, Bangladesh will need more time to recover. As the Russia-Ukraine war continues to threaten global recovery prospects, signals of rising inflation are surfacing. Despite all this, countries like Bangladesh are trying their best to restart their economic activities by advancing their COVID-19 vaccination programs and taking other necessary steps, it says.

"MCCI is happy to see that this year's budget proposal is not like other conventional budgets; ensuring a stable life and livelihood has received its deserved due focus," it adds.

The budget for FY23 has set a target of 5.6-percent inflation and 7.5-percent growth in gross domestic product (GDP) by keeping the industrial sector afloat through incentive programs and reining in the poverty rate through the expansion of social-safety programs.

Under the present economic situation, it says, the revenue- collection target of the National Board of Revenue (NBR) has been increased by 12.12 per cent to Tk 3.70 trillion for the upcoming FY23 from the current FY22's target of Tk 3.30 trillion.

In the current backdrop, the MCCI considers this target practical and forward-looking. However, the chamber thinks that there is ample scope for reforming the tax policy, increasing the capacity of tax administration, and providing proper public services.

"MCCI has always suggested meaningful structural changes in the tax administration so that it could aptly carry out revenue collection," it mentions.

The chamber points out that in the existing infrastructure, many eligible organizations with high earnings remain outside the purview of tax, while individuals/businesses regularly paying taxes are burdened with more and more taxes. This needs to be addressed properly.

About the proposed budget deficit (Tk 2.45 trillion), it says that future economic disruptions besides the current ones caused by the pandemic can actually increase the final budget deficit. Thus, MCCI advises adhering to proper and effective financial management to limit expenditure on the financing of government projects.

Simultaneously, given the current global backdrop, government support is needed even more to keep prices of energy, food, fertilizers etc under control. With global energy and food prices rising, subsidies are poised to increase, so an increase in budget deficit is only logical.

The government should not hesitate to increase the deficit if it is required for essential expenditure, infusing funds into the economy and raising aggregate domestic demand. With the country's ample borrowing headroom and the need for foreign currency, low-cost international funding could well be explored.

At the same time, tightening financial management, like stopping unnecessary over-spending, wastage, and other leakage of funds, will yield a significant amount of savings, according to the MCCI.

For export facilitation, the size of Export Development Fund (EDF) needs to be raised at least up to US$10 billion from the existing US$7.5 billion, and should be accessible to all the exporters.

The MCCI believes that the underdeveloped connectivity and infrastructure, weak distribution channels of power, and bureaucratic hurdles remain the major obstacles for economic growth. Besides, weak revenue collection (only 69.02 per cent collected during July-April of FY22) and ADP implementation (only 55.18 per cent could be spent in July-April of FY22) are also causes of concerns for the economy.

MCCI appreciates the lowering of the corporate-tax rate by 2.5 per cent (from 22.5 per cent to 20 per cent for listed companies (those that issue shares worth more than 10 per cent of its paid-up capital through IPO) and from 30 per cent to 27.5 per cent for non-listed ones). These consecutive reductions during the last three years (7.5% in total) are the right move towards fulfilling businesses' persistent demand of making the corporate tax rate consistent with the other competing countries in the region.

MCCI has always been saying that minimum turnover tax is contradictory to tax policy, and therefore wants its removal.

The chamber expressed its deep concerns about allowing indiscriminate opportunity of whitening black money by paying a certain amount of tax. In the past, the country has seen such opportunities yield little results while unnecessarily raising questions about the probity of our financial and accounting practices.

The cost-benefit analysis will show a higher cost with almost zero benefits. "This will seriously discourage the compliant taxpayers, who will consider it penalizing," it observes.