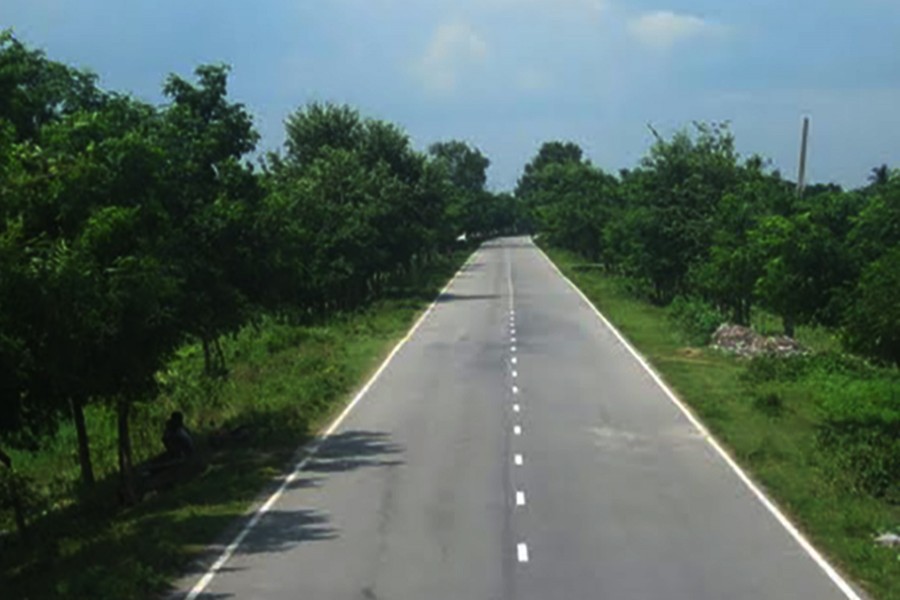 A 15.5-kilometre regional highway is going to be widened at a cost of Tk 2.26 billion which some insiders even consider inflated.

It will require Tk 145.8 million for widening a one-kilometre patch of the road under a recently-endorsed project of Roads and Highways Department (RHD), officials said Friday.

The insiders said the widening cost of the Nilphamari-Saidpur highway would be one of the highest not only in the country but also in many other countries.

They mentioned that the RHD spent Tk 198.80 million for building each kilometre of the Dhaka-Chittagong four-lane highway, country's main economic and trade corridor.

Officials familiar with the project implementation told the FE that the RHD would spend Tk 1.01 billion, 45 per cent of the total project cost, for expansion of the main road while the remaining 55 per cent of the money will go for land acquisition and less-important works.
A senior official said the state-run road developer will purchase one luxury car at Tk 8.5 million and a truck at Tk 3.5 million mainly for monitoring the widening works of the 15.5-km-long road.

"The Nilphamari-Saidpur road is only a 24-foot-wide regional highway (a mid-category road) of the RHD. Its road widening cost is Tk 145.8 million per kilometre. The cost is almost close to the highest ones of Bangladesh's national highways, like the upgraded Dhaka-Chittagong 4-lane road," said another senior government official, requesting anonymity.

He noted that Bangladesh's road-construction cost is one of the highest in the world although land here is very plain and suitable for the works.

Government's highest policymaking body, ECNEC, early this month approved the Nilphamari-Saidpur road-widening-and strengthening project involving Tk 2.26 billion.
A senior Planning Commission (PC) official told the FE that, in most of the cases, they were compelled to approve projects even after raising some observations on the higher costs and on some less-important components of the schemes.

"The Tk 145.8-million cost of building each kilometre of a regional highway is very high. Many regional roads in Bangladesh had been widened at costs below Tk 100 million per km in recent years," he added.

"Before the ECNEC approval, we had made our observations at the Project Evaluation Committee (PEC) meeting on the higher cost and on some less- important components of the Nilphamari-Saidpur road-widening project. But later we are forced to endorse the project without question," the official said.

He said RHD has kept aside Tk 1.106 billion for land acquisition and compensation to the affected people for the road-building work, which is virtually much higher.

Meanwhile, the Implementation Monitoring and Evaluation Division (IMED) under the PC had also raised question at the PEC meeting about the hefty cost involved in the widening of the regional road.

The IMED had asked the RHD to incorporate details of the road-construction works into every chainage (every kilometre) of the 15.5-km-road works.

A senior IMED official said it was very unfortunate for Bangladesh that the authorities usually undertook most of the road-development projects with 'higher' or 'inflated' costs.
When Bangladesh's most important roadway, Dhaka-Chittagong 4-lane highway, the cost is Tk 198 million, how a regional road, width only 24 feet, can cost Tk 146 million, the IMED official questioned.

A resident from the northern district of Nilphamari, Tanmay, told the FE that the RHD had some earmarked lands on the Nilphamari-Saidpur roadside.

"But why the RHD will require land acquisition spending such a huge sum as Tk 1.10 billion? I think the road-side land of the RHD is almost enough for widening the highway instead of acquiring the valuable agricultural and commercial lands," he added.

RHD chief engineer Mr Ebne Alam Hasan was not available for his view regarding the project.