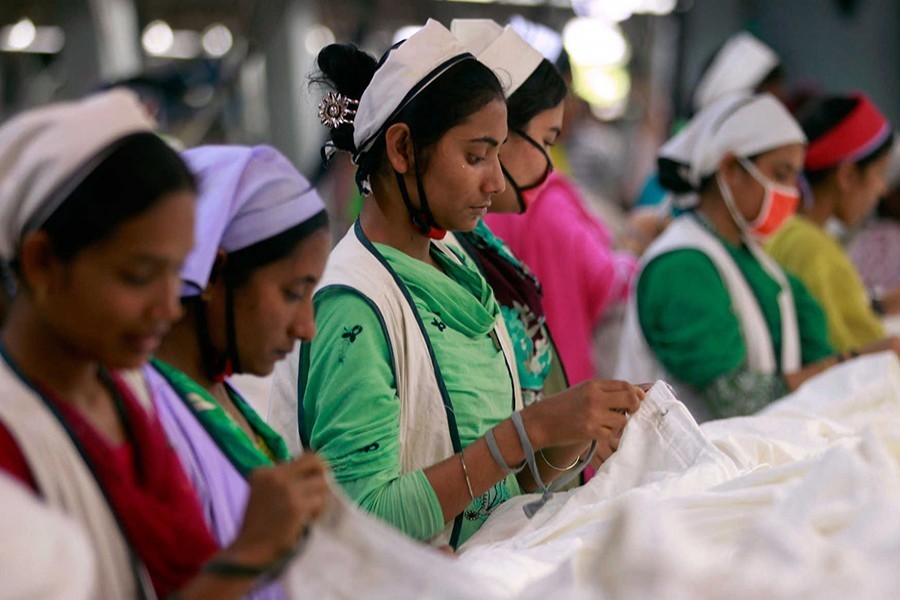 Women work at a garment factory inside the Dhaka Export Processing Zone (DEPZ) in Savar on April 11, 2013 — Reuters/Files

Bangladeshi manufacturers said on Wednesday that they would blacklist Western fashion brands that “exploit” them by failing to pay their bills due to the new coronavirus crisis, days after threatening to sue a major British retailer over its debts.

“BGMEA has taken the stand of blacklisting specific buyers and have begun with EWM,” said Rubana Huq, president of the BGMEA, the country’s largest trade group for garment factory owners, told the Thomson Reuters Foundation on WhatsApp.

“Severing business with them is not the ultimate means we should pursue, however we will definitely take a position where we see buyers willfully attempt to exploit the suppliers.”

A spokesman for Edinburgh Woollen Mill, which includes Austin Reed and Jaeger, said that the company had engaged with all of its suppliers with the best of intentions.

“We have looked at literally every option on the table and worked hand-in-hand with all our suppliers to find solutions, but we also need to recognise that these are difficult and complicated issues,” he said.

Bangladesh, which ranks behind only China as a supplier of clothes to Western countries, relies on the garment industry for more than 80 per cent of its exports and its 4,000 factories employ about 4 million people, mostly women.

As the coronavirus has led to global store closures, many Western retailers have put clothing orders on hold, leaving workers across Asia without jobs and raising doubts about the long-term survival of the industry.

Bangladesh’s garment exports fell by 84 per cent in the first half of April as $3 billion-worth of orders were cancelled or suspended, according to factory owners.

The Bangladeshi factory owners said they had singled out Edinburgh Woollen Mill because it had asked for large discounts which violated local laws, international standards and defied the principles of ethical sourcing.

“You, the notice recipients, are amongst those who are claiming such discounts,” it said, adding that such demands would be “financially catastrophic” for manufacturers.

Kalpona Akter, founder of the Bangladesh Centre for Worker Solidarity, a union, praised the BGMEA’s stance as it could help garment workers, who have been protesting over unpaid wages.

“Garment owners keep saying that they are struggling to pay workers because orders are cancelled,” she said. “If brands start paying because of this approach, it will be good for the workers... it’s time the owners learn to say no.”

Bangladesh gearing up for new era of taxation