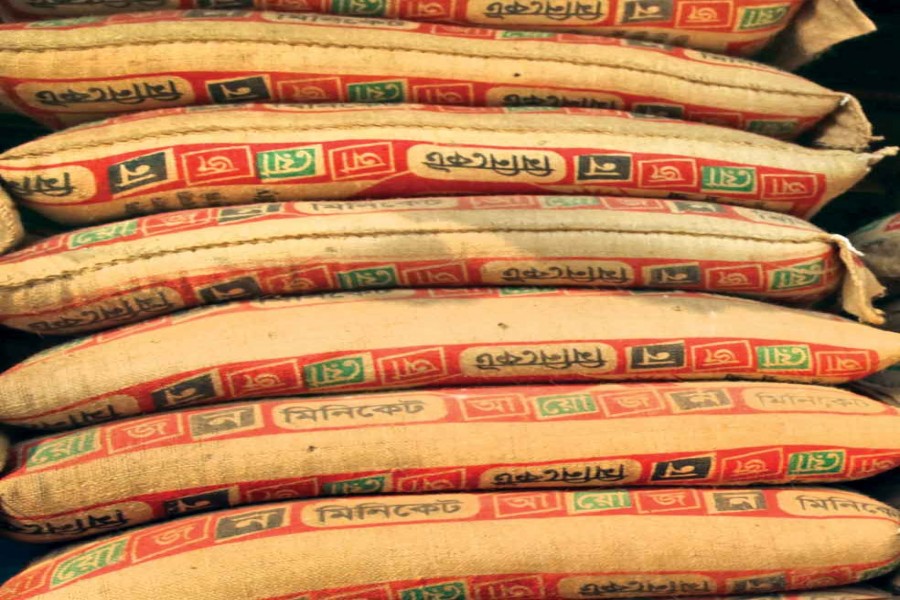 The directorate general of food took a fresh decision to import a total of 1.5 million tonnes of rice, some 150 per cent higher than the original estimate of 600,000 tonnes.

The finance division has so far managed 1.2 million tonnes of rice import while the remaining 300,000mt is yet to reach the silos.

A section of people familiar with the developments told the FE that the decision on increased import by government is partly due to quick procurement of atap (non-parboiled) rice which usually most people do not eat.

On the other hand, people in food-importing circles said government's failure to procure 700,000 tonnes of rice [non-basmati parboiled and parboiled] from Boro harvests from domestic sources as a result of less-than-expected level of output in the season is also another key reason behind such big jump in imports.

Sources at the Finance Division told the FE Thursday payments from the national exchequer will now come to around Tk 55 billion for new procurement this year against its original estimation of nearly Tk 22 billion for the whole financial year to June 30 next.

The directorate general of food in its recent meeting made the decision on this additional procurement of the staple due to a shortfall following two spells of flooding this year-flashfloods in Haor and low-lying areas of the northeastern region and monsoon floods in 32 districts.

However, many at the Department of Agriculture Extension forecast that the next crop --- Aman--- the second-biggest crop in the country, may face another trouble for late planting. And there are some insect attacks on the Aman crops in major rice-growing areas.

At present two separate teams of the DAE are visiting some paddy-growing districts-Rajshahi, Chapainawabganj, Kurigram, Rangpur and Dinajpur-for a spot inspection to ascertain whether the standing crops were infested with any insect.

Dr Altajuddin Ahmed, an additional director and team leader who is visiting Rajshahi, told the FE over phone that the late planting of paddy could affect production although the area of Aman cultivation is around 100,000-hectare higher than last Aman season's.

People at the division told the FE that this additional import by the government is taking place at a time when the revenue authority will earn less by at least Tk 20 billion on account of postponing the VAT act-2012 implementation.

"We're frustrated following a gap of around Tk 20 billion that had been expected to be accrued from the new VAT rules, but this additional import will shrink the fiscal spaces largely," said one familiar with the developments stemming from the exigencies.

Actually, the procurement will cause an increase in the budget expenditure by around Tk 55 billion if the revenue losses from the deferment of the new VAT act are taken into account.

He also said if the Aman harvest falls short of its target following "late plantation" and insect attacks, then the whole year will remain a matter of grave concern in terms of fiscal spaces.

Md Badrul Hasan, director-general at the directorate general of food, said the decision had been taken in the event of rice shortage following two consecutive floods.

"It is our responsibility to ensure adequate supply of the staple in the country, whatever its local production," Mr Hasan told the FE at his office in the city.

Such crop and property losses had last occurred in 2007 when the country was hit by extensive floods and also by cyclone Sidr.

In the meantime, some agro-economists view that the government procurement should be transparent and monitored strictly to avert garnering any rotten rice.

Dr. M Asaduzzaman, a professional fellow at the Bangladesh Institute of Development Studies (BIDS), told the FE that there is "inefficiency" in every area and so the procurement should be monitored strictly.

"We saw many instances in the near past where rotten rice and wheat were imported. We don't want such type of imports at the expense of taxpayers' money."

Mr Asaduzzaman said this type of import is essential considering the adversities of the two floods. "This is the government responsibility to feed the people in exchange for their money," he argued.

However, in the meantime, private sector has imported over 900,000 tonnes of rice so far sensing the shortfall of rice in the country.

But a number of private food importers told the FE that the increased government procurement resulted in pushing up rice prices on the international market that ultimately affected government revenue and the people.

They consider private import best option as they can procure the rice at competitive prices.

The rice-consuming nations across the globe usually are self-sufficient and only a few-India, Thailand, Vietnam and Myanmar-export it.

Md Robiul Islam, a leading food importer, told the FE that the best thing is private import and that the government should ensure a level playing field for the trade.

He said government procurement- be on government-to-government [G to G] arrangement or through international tenders-usually helps hike its prices on the international market that also affects budgetary allocations largely.

Mr Islam, now involved with a tender with the DG food, said: "Tenders should be floated locally."

He noted that import prices were high earlier as tariffs were high, which now stood at 2.0 per cent, Mr Islam, chairman of AR Group, told the FE.

At present, some 90,000 tonnes of government-procured rice is on way to Chittagong Port and Mongla Port while another 300,000 tonnes will be procured from Cambodia.

Apart from these, the government will buy rice from India, Thailand and Myanmar.