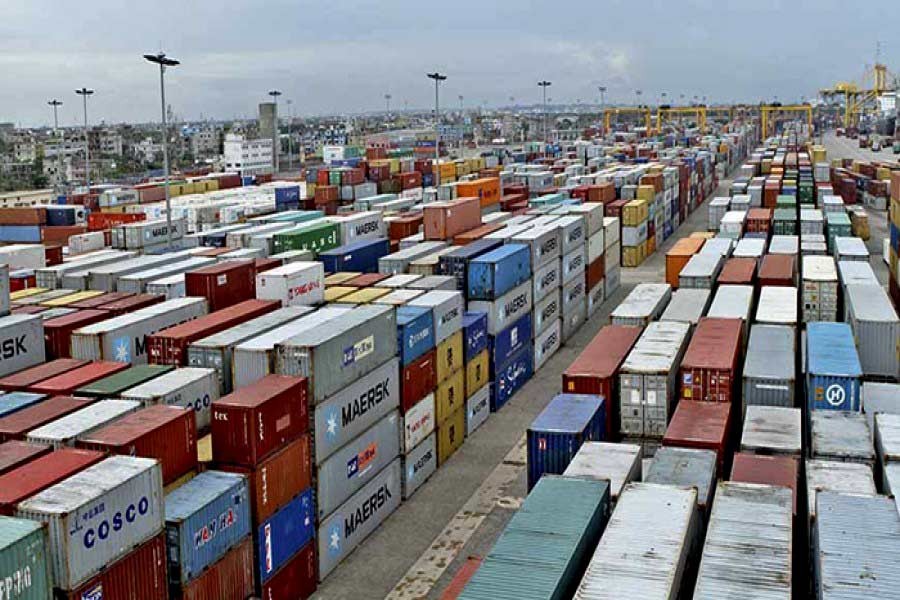 The trade gap of Bangladesh widened more than 6.0 per cent to $4.56 billion in the July-August period from a year earlier, according to data from Bangladesh Bank.

The trend was also reflected in the current account balance, which fell further into the red, from $439 million in July to $1.5 billion by the end of August.

According to the monthly Balance of Payments data released by Bangladesh Bank on Monday, the import bills in the July-August period stood at $12.69 billion, a 16.96 per cent year-on-year increase from a year earlier.

“Exports also jumped by 23.91 per cent year-on-year, nearing $8.14 billion. The difference between the import spending and export earnings, known as the trade deficit, was $4.56 billion,” bdnews24.com said in a report citing the Balance of Payments data.

“The many initiatives taken by Bangladesh Bank and the government have reined in imports a bit, but not enough when compared to the growth in export earnings,” said Ahsan H Mansur, executive director of the Policy Research Institute, a private think-tank. “The latest balance of payments data is not particularly assuring.”

Bangladesh usually manages to reduce the impact of the deficit through incoming remittances, money from migrant workers sending part of their earnings home to their families.

However, as the trade deficit widens, it puts additional strain on Bangladesh’s reserves of foreign currency as imports must be paid for in dollars.

“Russia’s invasion of Ukraine has led to high levels of inflation in Europe and the US. As the people of those countries are reducing their spending, Bangladesh’s garment exports are not growing too quickly. Earnings have decreased after 13 months,” Mansur said.

“As a result, there will be a trade deficit at the end of the fiscal year.”