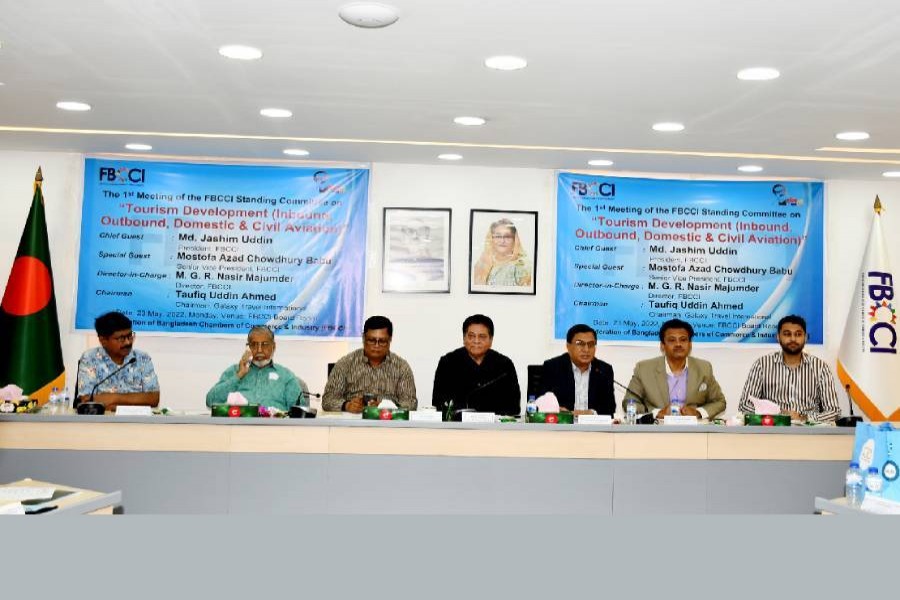 The achievement of sustainable development goals by 2030 will be jolted unless a vigorous growth of tourism in the country, said the Federation of Bangladesh Chambers of Commerce and Industry on Monday.

The FBCCI Standing Committee on Tourism Development (Inbound, Outbound, Domestic & Civil Aviation) stated this at its first meeting at its office in Dhaka.

“At least 6 goals of the SDGs are directly and the rest are indirectly related to tourism. Therefore, if tourism is not flourished, the achievement of sustainable development goals by 2030 will be hampered,” the apex business association said.

Speakers at the meeting, meanwhile, said some 109 sectors are directly and 1100 sub-sectors indirectly linked with the tourism industry. Every single tourist creates 10 direct and 35 indirect employment opportunities.

“Therefore, tourism should be treated as a priority sector” they demanded.

Tour operators urged the government to officially announce the country open for foreign tourists as the government declared for overseas businesspeople.

They also demanded the resumption of the “on-arrival visa” facilities to encourage foreign tourists to come to Bangladesh.

During the meeting, businesspeople called for issuing licenses to tour operators, recognizing them as exporters, easing the process of remitting money overseas, bringing tourist destinations under the tourism ministry and ensuring security.

Speaking at the meeting FBCCI Senior Vice President Mostofa Azad Chowdhury Babu said the tourism Industry lacks skilled manpower. The industry may hire experienced managers and other staff from Sri Lanka to deal with the problem.

The coordination between public and private efforts has to be further enhanced, he added.

FBCCI Director Amzad Hussain informed the meeting that currently the Tourism sector contributes 3.5 to 4 per cent to the GDP. This contribution has to be raised to 10 per cent. Therefore, a coordinated course of action has to be formulated and implemented accordingly.

The former CEO of Bangladesh Tourism Board Akhtaruz Zaman Khan said that the BTB should incorporate FBCCI representation to bring the private sector demand into consideration.

The Director in-Charge of the standing committee M.G.R. Nasir Majumder assured that the FBCCI would continue to provide maximum assistance for the development of the tourism industry.

The meeting was presided over by the chairman of the standing committee Taufiq Uddin Ahmed.

Co-Chairman and the members of the committee, FBCCI Director Harun Or Rashid and Secretary General Mohammad Mahfuzul Hoque were also present at the meeting.

Bangladesh Bank injects $7.34b into forex market in 11 months