Tk 19.1b 'Tantpalli' project on cards 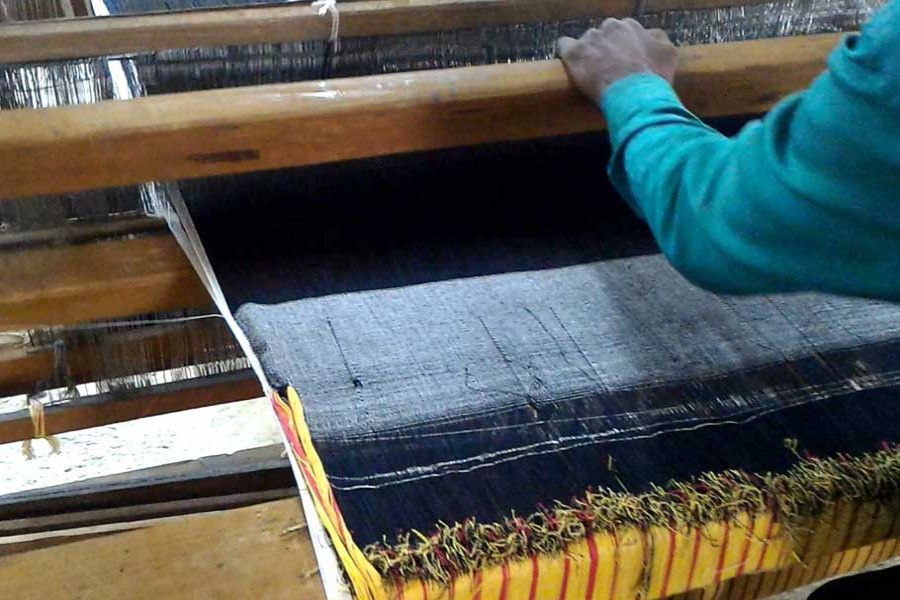 The government plans to take a Tk 19.11 billion 'Tantpalli' project on 120 acres of land in Madaripur and Shariatpur districts, reports a news agency.

"After implementation of the project, one million people will get employment opportunities," Chairman of Bangladesh Handloom Board Jasim Uddin Ahmed told BSS today.

Work of the project, ‘Sheikh Hasina Tantpalli Project’, is expected to begin during the current fiscal year after getting approval of the Executive Committee of the National Economic Council (ECNEC), he said adding that it would be completed by 2021.

Under the project, all necessary infrastructures including schools, mosques, roads and residential buildings will be built for the people who will be involved in the handloom industry of the project.

Member of Bangladesh Handloom Board Nimai Chandra Pal said the project would make tremendous progress in the country’s handloom industry.

Handloom Board sources said the government is going to implement a number of projects to increase cloth production to meet the domestic demand.