Taka depreciates further by 40 paisa against US$ 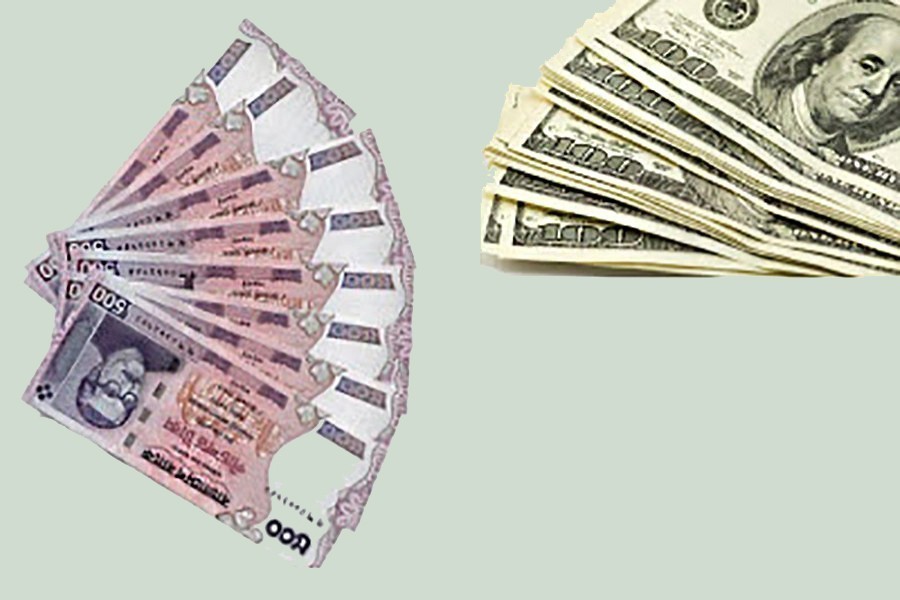 The exchange rate of Bangladesh taka (BDT) has dropped significantly against US dollar mainly due to higher demand for the greenback for settling import-payment obligations.

The local currency lost its value by 40 paisa in the inter-bank foreign exchange (forex) market on Monday in such a fall just after a week, according to market operators.

The exchange rate of local currency also depreciated similarly against the greenback at customers' level for settling import payments.

The US dollar was quoted at a maximum of Tk 88.00 each for the sale of bills for collection, generally known as BC, on the day against Tk 87.60 of the previous level.

On the other hand, banks quoted dollar at Tk 87.00 on the day against Tk 86.60 on the previous working day to remitters for telegraphic transfer (TT) clean of their funds.

Bangladesh to get $500m WB loan for power supply modernisation

Uttara EPZ to get $8.5 million investment