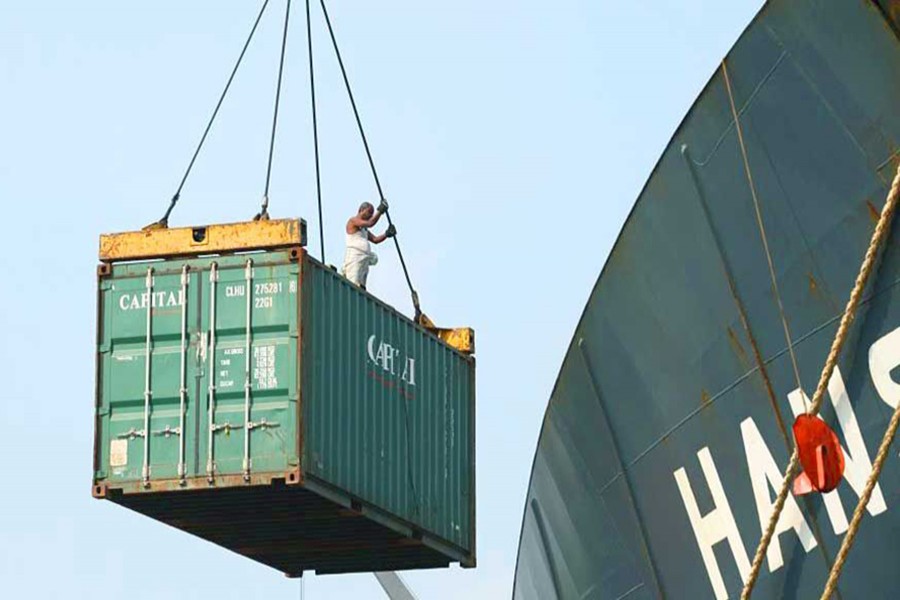 The slowdown in its external trade might hurt the country's pace of economic growth in the current fiscal year.

But a robust growth of workers' remittance is likely to act as counterweight in this regard.

Bangladesh Bank (BB) made the observations in its 'quarterly' report, released on Sunday.

"Some headwind stemmed from slowed down export and import growth due to shrinking global economic growth" may have a negative impact on the country's economic expansion outlook for the FY20, said the central bank publication.

The report reviewed the economic development in the first quarter (July-September) and highlighted the possible trend of the economy in the upcoming days. The data relating to different economic indicators are, however, now available beyond the first quarter.

Exports from Bangladesh declined by 7.60 per cent in the first five months of the current fiscal year while imports dropped by 3.20 per cent in July-October.

The central bank linked the reduction in external trade growth with the slowdown in global trade as well as the economy.

International Monetary Fund (IMF) in the second week of this month said global growth this year 'recorded its weakest pace' since the global financial crisis a decade ago.

The IMF projected 3.0 per cent growth of the global economy in the outgoing year which was 3.60 per cent in 2018.

The BB, however, expressed its optimism that workers' remittance would help maintain the current trend of the economic growth rate which has already crossed 8.0 per cent mark.

"But strong remittance inflow can minimize some risks through buoyancy in the domestic activities," it added.

Inflow of remittances jumped around 23 per cent in the first five months of the current fiscal year over that of the same period of last fiscal.

The central bank, however, cautioned about the rise in inflationary pressure.

"Although food inflation moderated to 5.30 per cent in September 2019 from 5.40 per cent in June 2019 with the falling prices of rice and pulses, the possibility of the second-round effects arising from high prices of some food items such as onion, fish and vegetables warrants close attention," it said.

The Bangladesh Bureau of Statistics (BBS) data showed that food inflation reached 6.41 per cent in November this year.

The annual average inflation rate was 5.49 per cent in September which inched up to 5.56 per cent in November.

The BB also mentioned that from global front, persistent trade tensions pose an upside risk on the prices of some imported commodities.

"However, declining global energy prices are expected to reduce some inflation risks in the near future," it said.

Against the backdrop, the central bank said: "To maintain stable growth and inflation, some stimulus monetary and fiscal policy mixes are required." It, however, didn't elaborate on the issue.

"Reducing non-performing loans and minimizing risk of credit default are the key concern for stability of the banking sector," it added.

According to the report, the country's capital market 'presents a mixed trend' during the first quarter of the current fiscal year and 'movements in the stock indices show' that there were price adjustments in both the domestic and global equity markets.

On reviewing the overall economic performance in the first quarter of FY20, it said a mixed trend of economic activities were there where strong government expenditure, higher LNG import, favourable electricity generation and robust remittance inflow helped boost domestic demand.

At the same time, weak export and import performance and an attenuated private credit growth pointed to some deceleration.