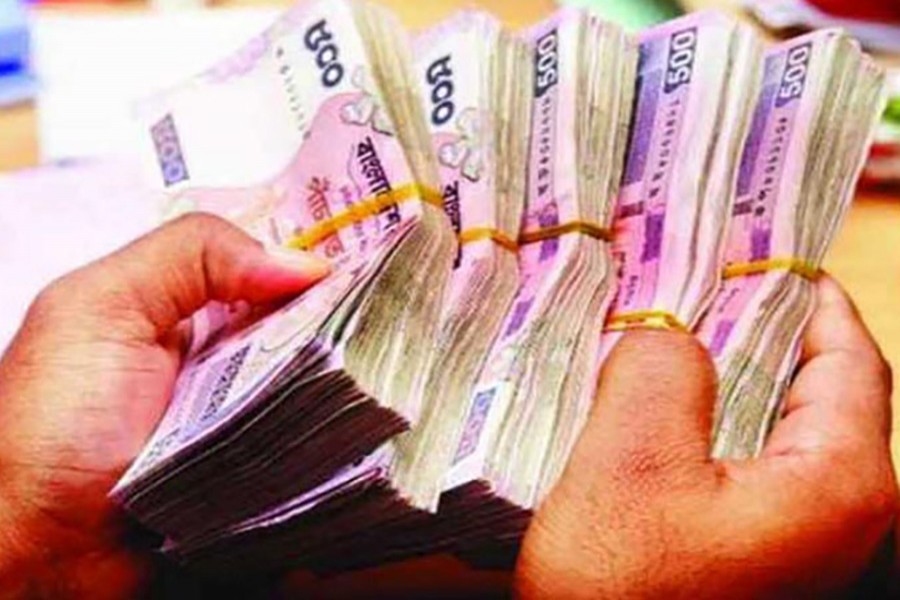 As of September last, government mobilised resources amounting to Tk 507.89 billion while spent Tk 465.25 billion, leaving Tk 42.64 billion unspent as per data available with the ministry of finance.

Economists view the "tragedy" is that government had borrowed a large amount of money in the quarter under review although the budget remained in a surplus territory for spending slowdown.

They said such 'unnecessary' money borrowed through national savings certificates would continue to come in unless there is a reform on the financial front.

Government's total borrowings from sources other than banks, like NSD, T-Bills and bonds, came to Tk 134.98 billion. Of the amount, Tk 126.94 was borrowed through NSD instruments during July-September FY18.

However, people at the Ministry of Finance (MoF) told the FE that the government had much less expenditure than expected in the quarter -- subsidies and transfers, development expenditure and current expenditure.

They said the government spent Tk 106 billion in the quarter under review on account of subsidies against an optimum figure which should have been around Tk 200 billion. The whole-year subsidy target is worth nearly Tk 838 billion.

The amount of development spending stood at over Tk 105 billion. The financial year's total target is Tk 1.534 trillion, according to the MoF.

However, they found an unusually big expenditure on food account, amounting to Tk 17.24 billion. Government's target of procuring rice and wheat is worth over Tk 27 billion in the whole current financial year to June 30 next.

Dr Ahsan H Mansur, executive director at the Policy Research Institute of Bangladesh (PRI), told the FE that the surplus in real sense is not surplus, rather the government failed to spend as it planned.

"And this is a temporary scenario. At the end of the year the government must borrow to fund its budget," he said.

But, the policy researcher noted, during this period the government didn't need money as much as it mobilised to meet its quarterly target.

He said the government may get at least 2.0 per cent interest on such funds with the central bank but it will have to pay on average 12 per cent to the investors, mostly elderly and wealthy people of society.

There has been a controversy in the country over the past few years as to whether the government should continue such borrowing or announce market-based yield rates. People buy the government borrowing tools for high yield rates compared to other savings instruments.

Dr Zahid Hussain, lead economist at the Dhaka office of the World Bank, told the FE that funds will be flowing in whether or not required.

Mr Hussain, however, said the recommendations made by the central bank and other influential groups did not derive any result regarding the "administered" rates.

The World Bank economist reiterated his suggestion for a reform considering huge government liabilities in this respect.

Meanwhile, the government garnered Tk 507.89 billion in revenue earnings during the period under review.

Of the receipts, government agencies collected nearly Tk 440 billion in tax revenues, including Tk 417.63 billion coming from NBR (National Board of Revenue) tax revenues, during the July-September period.

And different government agencies, including autonomous bodies, contributed Tk 68 billion as non-tax revenue in the period.