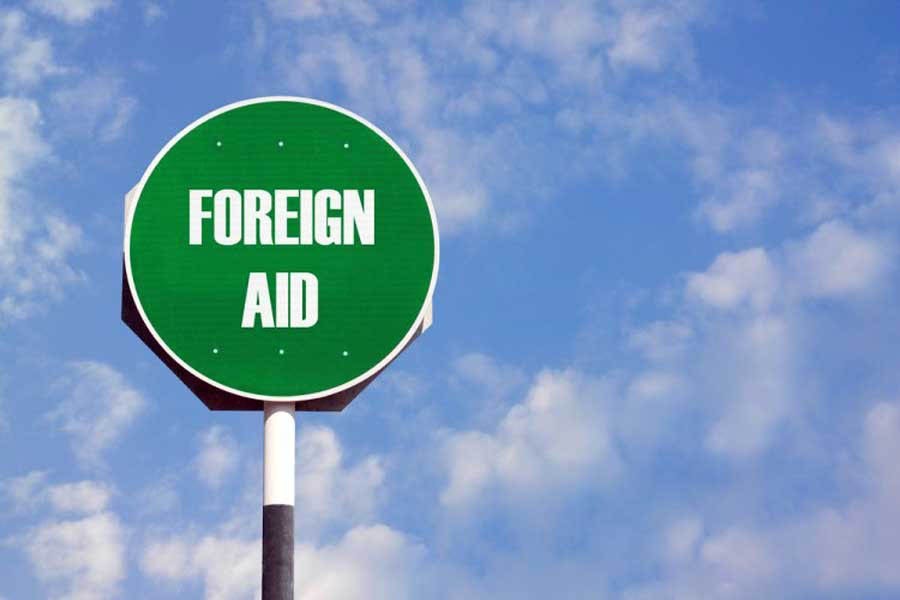 Foreign aid flow into Bangladesh picked up significantly by 71 per cent in the first quarter (Q1) this fiscal, largely with a Japanese funding splurge, officials said.

In the corresponding period of the last financial year, 2016-17, Japan had handed out $500.95 million worth of loans and grants.

The government considers Japan's record-highest contribution to the total aid flow a breakthrough after the Gulshan terrorist attack in July last year that left seven Japanese citizens dead among others.

"This is very good news for Bangladesh that Japan has come forward with its highest amount of aid disbursement for different development works in Bangladesh. Hope they will continue their support in the coming days," said ERD Additional Secretary Farida Nasreen.

She added: "We are hopeful of getting the highest amount of foreign aid at the end of the current FY2018 as a good number of aid deals have already been signed."

The multilateral and bilateral donors disbursed and made commitment for $941.51 million worth of external loans and grants during the Q1 through signing the deals.

In the same period last FY, they confirmed $12.03 billion worth of assistance where Russia alone signed an $11.38 billion-loan deal with Bangladesh for bankrolling the Rooppur nuclear power plant.

The development partners, including the World Bank, the Asian Development Bank, JICA, UK's DFID, and the Islamic Development Bank disburse concessional aid every year for the development of Bangladesh.
The officials said out of the total $857.10 million disbursed $780 million accounted for medium-and long-term loans while the remaining $76.36 million came in grants.

Meanwhile, the government repaid $333.45 million worth of interest and principals for its total outstanding loans during July-September period of the current FY2018.

In the same period last FY2016, some $258.74 million in interest and principal of the outstanding loans was repaid, the statistics showed.

The government has set an ambitious nearly US$7.0 billion concessional foreign assistance-disbursement target in the current FY 2018, 35 per cent up from that of last fiscal.

In the last fiscal year, FY17, Bangladesh received a total of $3.6 billion worth of foreign assistance.