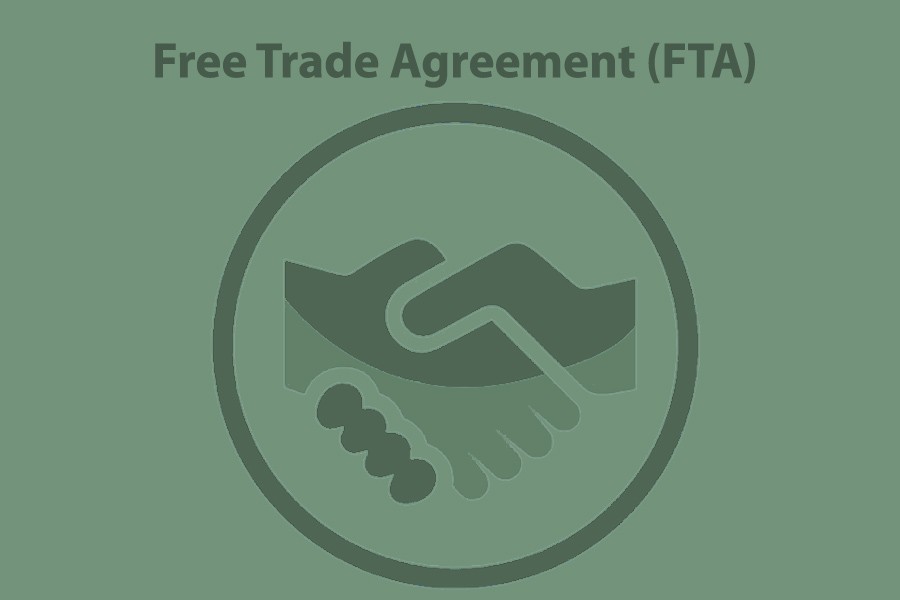 Bangladesh's export may grow by 17 per cent and gross domestic product (GDP) 0.26 per cent if a free-trade agreement (FTA) is signed with member-states of the emerging Regional Comprehensive Economic Partnership (RCEP) bloc.

The RCEP deal, which came into force in January this year, is considered high-quality, modern and comprehensive FTA between ten member-states of the Association of Southeast Asian Nations (ASEAN) and its five FTA partners.

An outstanding feature of the RCEP is that it represents world's largest FTA, comprising about 30 per cent of global GDP and about a third of the world population.

A recent study of the Bangladesh Trade and Tariff Commission (BTTC) shows that bilateral trade of Bangladesh with RCEP member-countries is mostly concentrated towards goods trade.

Bangladesh enjoys preferential market access to many of the RCEP countries, either through preferential trade agreement (PTA) or through GSP facilities.

After graduating from the least-developed country (LDC) status in 2026, the duty-free access will no longer be available except for reciprocal general preference under the Asia-Pacifica Trade Agreement (APTA).

In such a situation, sustaining the consistent progress achieved by Bangladesh in bilateral export trade with some of the RCEP countries as well as availing the opportunity to some potential destinations in RCEP will be a real challenge.

The study says RCEP includes some of the major export destinations as well as major import sources of Bangladesh. Considering the bilateral-trade scenario, RCEP remains more as an important partner from the Bangladesh perspective.

Thus, the probable accession of Bangladesh to RCEP may, however, have a negative impact on revenue generation from customs duty.

Since some major import sources of Bangladesh like China, Japan, Thailand, South Korea, Indonesia, Malaysia and Australia are involved with RCEP, there is a threat of losing certain amount of revenue from these countries.

The study found that the average most-favoured nation (MFN) tariff for Bangladesh has been comparatively higher than that of the RCEP members.

It says the probable increase in import along with a comparatively protective regime of Bangladesh estimated a probable high revenue loss for Bangladesh compared to that of the RCEP.

"However, as estimated trade creation would likely be higher than the trade-diversion effect for Bangladesh, it may generate additional revenue from other duties and charges, if not reduced due to a possible accession in RCEP," the study mentions.

The Trade and Tariff Commission recommends that the government may express its positive stand regarding the accession of Bangladesh to RCEP through weighing all the pros and cons.

In that case, domestic rules and regulations may require to be changed in some cases, if situation arises.

Former BTTC member Dr Mostafa Abid Khan told the FE Friday that Bangladesh needs to reform various policies which will help lower revenue losses to be created due to the signing of FTAs.

"Tariff policy and education-sector policy reforms are needed immediately," he points out and says capable human resource needs to be created.