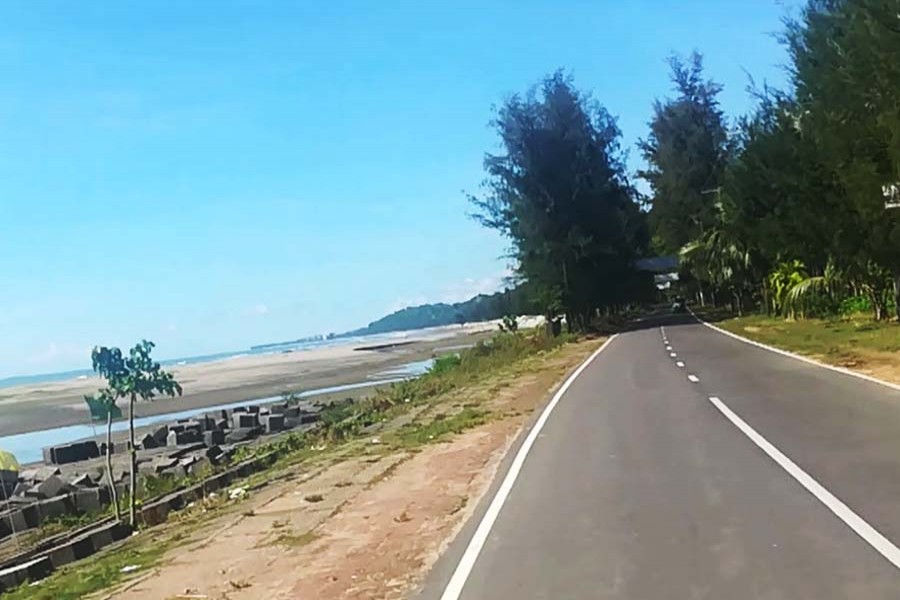 The Executive Committee of the National Economic Council (ECNEC) has approved a project to widen Cox's Bazar marine-drive, involving Tk10.92 billion, aiming to developing tourism industry in the region.

The ECNEC on Tuesday approved a total of 10 development projects with the total estimated cost of Tk 22.17 billion, the planning minister said.

The approval came from the ECNEC meeting held at the NEC Conference Room. Prime Minister Sheikh Hasina, who is also the chairperson of ECNEC, presided over the meeting through video link from her official residence Ganobhaban.

“Today the meeting approved 10 projects and the total cost of the projects is Tk 22.17 billion,” said Planning Minister MA Mannan at a press briefing.

Of the cost, the government will finance Tk 18.75 billion and the rest Tk 3.41 billion will come from foreign sources, he said adding that the 10 projects also included four revised ones.

Talking about the premier’s directives given in the meeting, Mannan said she asked to construct elevated roads, bridges or culverts instead of reconstructing the flood-affected roads at the points where these were damaged or cut to flush out flood water in Sylhet region.

The PM emphasized on construction of bridges and culverts instead of roads in Haor and flood-prone areas to prevent the water stagnation.

Special projects will be undertaken for rehabilitation of the flood victims of the Sylhet region, said Mannan.

The PM, he said, also asked the authorities concerned to find out the places where the construction of underpass and overpass is needed.

According to the project factsheet, Cox’s Bazar-Teknaf Marine Drive Road Widening (1.60th KM-32th KM) Project will be implemented at the cost of Tk 10.92 billion from July 2022 to June 2025.

The main objectives of the road project are to establish a safe communication system, develop the tourism industry and improve the socio-economic condition of the local people through widening some 30 kilometers of the marine drive road and construction of a two-lane 305-meter bridge over Reju Khal.

The major project operations include acquisition of some 113.25 acres of lands, 0.72 million cubic meter of earth-filing, installation of 608 CCTV cameras and straightening 0.32 km flexible pavement bend.