PM lays foundation of first-ever flat construction project for them 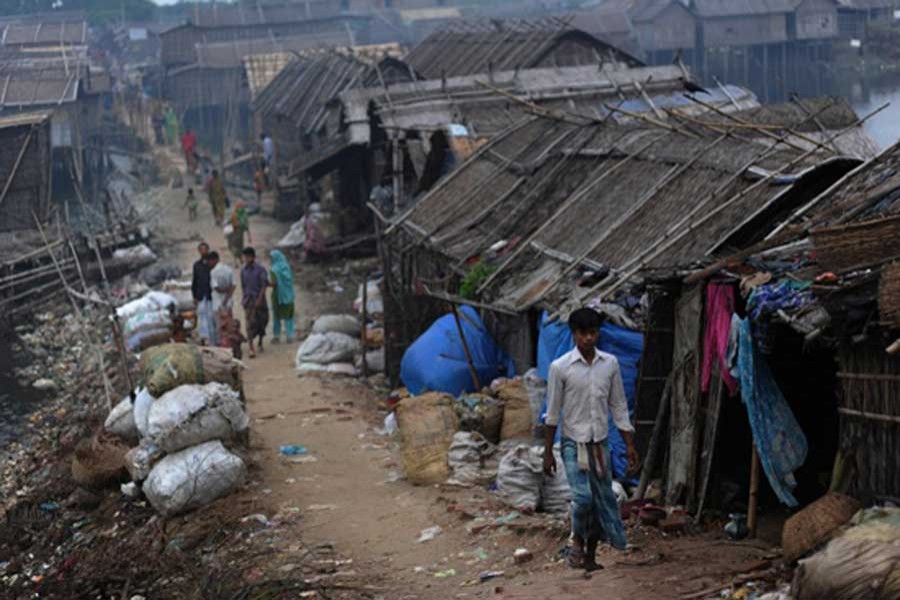 Slum dwellers are going to get flats on low rental basis as Prime Minister Sheikh Hasina has inaugurated such a project at Mirpur in Dhaka city.

She unveiled the foundation plaque of the country’s such first-ever project through videoconferencing from her official Ganabhaban residence on Thursday morning.

The government has taken up this project – constructing 10,000 flats on 10 acres at Mirpur Section-11 – with a view to developing a planned housing for all.

In the first phase of the scheme, 533 flats in five 14-storey buildings on two acres of land would be constructed, while 9,467 flats in eighty 14-storey apartments on eight acres of land in the second phase.

The prime minister also launched another project on the abandoned houses, aiming at building 202 flats for government officials and common people at Dhanmondi and Mohammadpur in the capital.

Housing and Public Works Secretary Shahidullah Khandakar gave an overview of the two projects through a power point presentation.