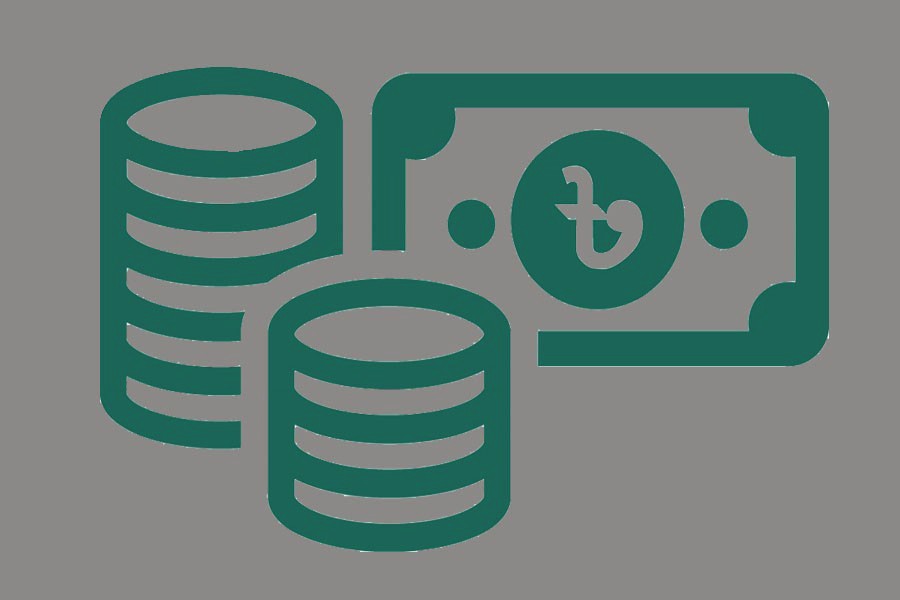 The volume of classified loans, belonging to the industrial sector, jumped by more than 48 per cent in the fiscal year (FY) 2018-19.

The main reason for a big leap was attributed mainly to the addition of certain volume of rescheduled loans that turned classified again to the fresh default loans.

Slower repayment by borrowers, particularly by influential ones, has also pushed up the amount of non-performing loans (NPLs) in the sector, bankers said.

Non-performing loans (NPLs) in the industrial sector rose to Tk 572.01 billion in FY'19 from Tk 384.99 billion in the previous fiscal, according to the central bank's latest statistics.

Bankers said the amount of non-performing loans (NPLs) has increased significantly during the period under review as the industrial sector borrowers delayed their loan repayments on various pretexts.

Some borrowers, especially large ones, maintained a 'go-slow' policy in loan repayment taking advantage of policy relaxation, they explained.

"Occasional announcement of policy relaxation has given rise to some undue expectations among the borrowers which leads to delay in loan repayment," Syed Mahbubur Rahman, Chairman of the Association of Bankers, Bangladesh (ABB), explained to the FE on Monday.

In some cases, borrowers have been unable to repay their instalments properly as their industries suffered due to lack of utility services particularly gas and electricity, the senior banker added..

Talking to the FE, M A Halim Chowdhury, MD and CEO of Pubali Bank Limited, said a portion of rescheduled loans had turned classified again mainly for not maintaining the repayment schedule properly.

He further said most restructured large loans have also turned classified. This has also pushed up the volume of NPLs.

The central bank had cleared proposals from 11 business groups for restructuring their large loans amounting to around Tk 153.26 billion. 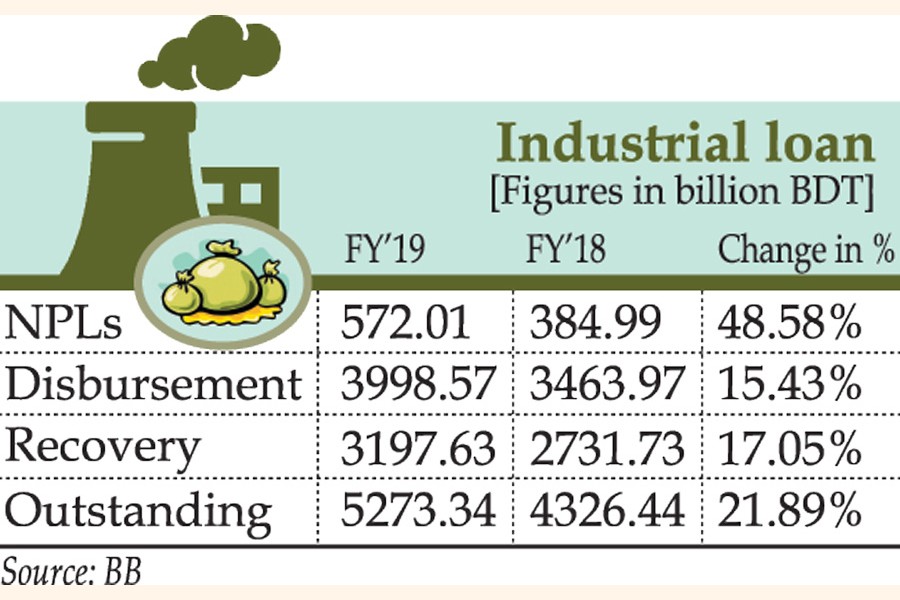 The senior banker, however, expressed the hope that the amount of overall NPL would decrease by the final quarter of this calendar year following implementation of relaxed policies.

On April 22, the central bank revised loan classification rules to treat unpaid instalment(s) of a term loan as 'overdue' after six months of its (loan) 'expiry' date.

The revised loan classification rules came into effect from June 30.

The central bank also offered special facility to loan defaulters on May 16, allowing them to reschedule loans by paying 2.0 per cent down payment for a maximum of 10 years. However, the special facility has been put on hold following court order.

Meanwhile, disbursement of overall industrial credit covering working capital and term loans increased by over 15 per cent to Tk 3998.57 billion in the last fiscal year 2018-19 from Tk 3463.97 billion in the FY '18.

The power, pharmaceuticals, textiles, garment and transportation sectors had received the lion's share of the credit, according to the bankers.

"The disbursement of overall industrial loans may increase further in the near future if the government ensures utility services including gas and electricity for industrial units," a senior private banker told the FE.

He also said the demand for industrial loans may rise in the south-western region of Bangladesh after implementation of the Padma Bridge project.

The report on industrial loan has already been sent to the central bank's departments concerned for taking necessary measures, a BB official said.

A total of 22 commercial banks and non-banking financial institutions (NBFIs) have more than 15 per cent NPLs of their total industrial outstanding loans, according to the 17-page report.

Total outstanding loans in the industrial sector increased by nearly 22 per cent to Tk 5273.34 billion in the outgoing fiscal from Tk 4326.44 billion a year ago, the BB data showed.

Some banks slash deposit rates ahead of schedule