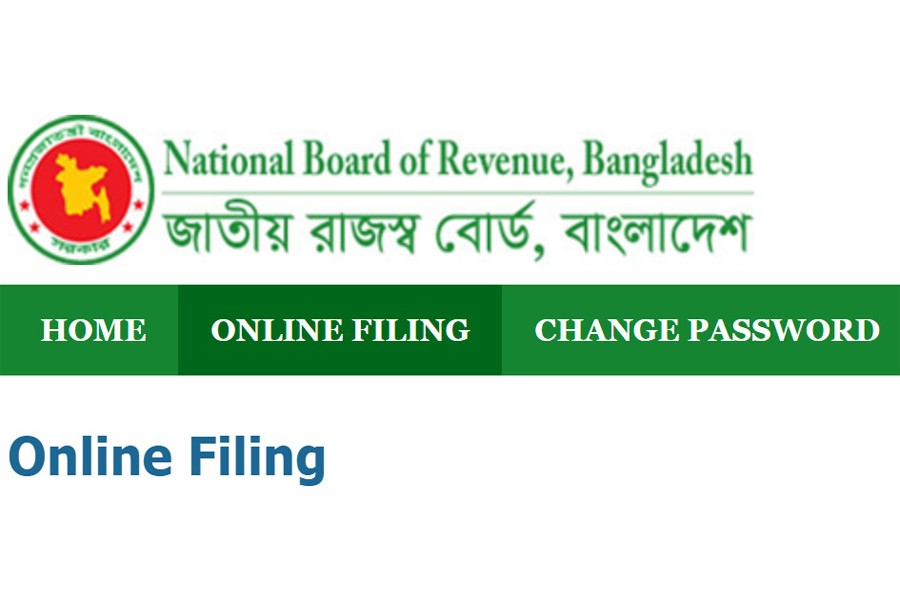 The revenue board found its online system for submission of income-tax returns largely forlorn and went on a mass campaign for teaching taxpayers how to do it.

Sources said less than 100 taxpayers so far obtained user-identification number and passwords from the National Board of Revenue (NBR) for online submission of tax returns in the current fiscal year.

The Large Taxpayers Unit (LTU) has selected 20 top corporate taxpayers to encourage and motivate them for filing income-tax returns online by using the donor-aided system in operation since November 01, 2016.

So far, only two out of 300 large corporate taxpayers have sought passwords from the taxmen for online filing of returns.

The board has also launched motivational campaigns for the individual taxpayers ahead of the deadline for tax-return submission -- November 30, 2017.

The online submission of tax returns has yet to get popularity for a lack of motivation of the taxpayers and insufficient campaign from NBR's part, the sources said.

It has been found that field-level income-tax offices received negligible response from the taxpayers for filing income-tax return online.

"Our target is to encourage taxpayers to file at least one-tenth of the total tax returns online," said a senior official of the LTU.

"The NBR has launched awareness campaign for both corporate and individual taxpayers to encourage online tax-return filing this year," said Kalipada Halder, NBR member for information technology and management.

The number of e-TIN holders crossed 3.0 million recently and online submission of tax returns would get momentum apace with this, he added.

"We have supplied necessary hardware to all of the 649 tax offices across the country to be connected with the main server," he said.

Maybe, taxpayers are still in doubt over security of their given information, he said, stressing the need for motivating them.

Most of the taxpayers who received user IDs could not complete the procedures last year due to time constraints and technology barrier as the system was introduced for the first time in the country, officials said.

This year the revenue board spent more than two months to prepare the system through incorporating the changes brought in the income tax for the FY 2018 into the software, they said.

Now the system is ready for receiving the tax returns online, they added.

The revenue board will also issue public notice through newspapers requesting taxpayers to file returns online.

The NBR also directed the field offices to ensure uninterrupted internet connection and upload information of submitted returns in the online system.

It took the initiative for the e-filing of tax returns in 2011 with a cost of Tk 789.8 million to automate the tax administration and tax system.

Of the amount, Tk 129.8 million came from government funds and the rest from the Asian Development Bank (ADB).

The project was scheduled to be implemented by December 31, 2016. The timeframe has later been extended up to June 30, 2018.