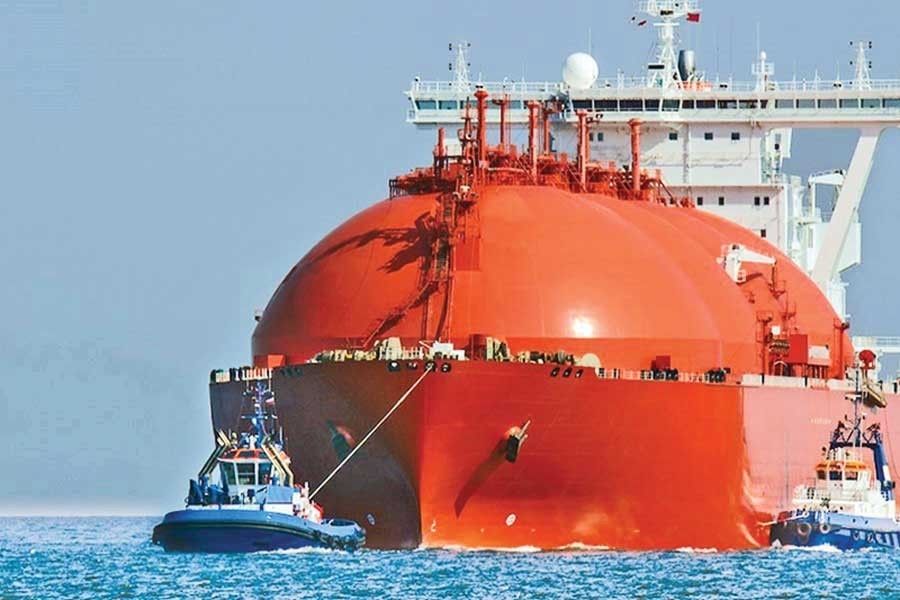 The power and energy ministry doubled the LNG import terminal and re-gasification capacity and added 2,153 megawatt (MW) of electricity totalling the country's overall installed capacity to 19,467 MW in 2019.

But demand and consumption did not increase to that level resulting in reduction of electricity generation compared to capacity throughout the year and it dipped to around one-third of the overall capacity during the later part of the year in view of the sagging electricity demand in winter, said a senior official of the state-run Bangladesh Power Development Board (BPDB).

Re-gasification of LNG was below 600 mmcfd, keeping over 40 per cent of the capacity unutilised, due to capacity constraints of existing pipelines, a senior Petrobangla official said.

With the increased electricity generation capacity and keeping most of them idle, the BPDB will have to count a huge additional amount in capacity payment to the power plant owners, said the official.

The capacity payment is sort of a penalty, which the state-run entity is bound to pay to the power plant owners, if the government fails to purchase a certain portion of the electricity readily available with them.

Country's privately-owned power plants, with majority of the oil-fired ones, received a staggering Tk 89.29 billion in 'capacity payments' from the government in fiscal year (FY) 2018-19.

The amount is higher than the BPDB's annual revenue shortfall worth Tk 86.08 billion in FY '19.

The plants got the fund without generating any electricity.

The BPDB is keeping the country's overall electricity generation at lower level due to decline in demand, a senior official told the FE.

Some power plants have been asked to suspend their operations, and some others to do maintenance work, he added.

According to the BPDB statistics, the countrywide electricity generation during the day-time peak hours on Wednesday (December 18) was 6,644 megawatts (MW), just 34.12 per cent of the total installed capacity of 19,467 MW.

However, available electricity at substation end, excluding transmission loss, was only 6,277 MW.

Electricity generation during evening peak hours on Wednesday was 8,479 MW, which was 43.55 per cent of the total installed capacity. Available electricity at substation end, excluding transmission loss, was 7,877 MW.

A total of 17 new power plants, having the total generation capacity of 2,135 MW, came into operation since February 2018. But, the country's overall electricity consumption increased marginally.

The BPDB is the lone buyer of electricity from the power producers across the country. The agency then sells the electricity to the distribution companies that supply it to the end-users.

Petrobangla is paying 'capacity payments' or 'rents' to the LNG terminal owners without re-gasifying the expected level of LNG in the FSRUs (floating, storage and re-gasification units).

The Petrobangla is currently re-gasifying around 600 mmcfd of LNG from two LNG import terminals against their capacity to re-gasify around 1,000 mmcfd.

Petrobangla has deals with the terminal owners to pay around US$ 450,000 (Tk 38.25 million) per day - to re-gasify upto around 1,000 mmcfd of LNG, a senior Petrobangla official told the FE.

According to the deal, Petrobangla is required to pay the US's Excelerate Energy's FSRU (floating, storage, re-gasification unit) around US$ 237,000 per day and to Summit's FSRU around US$ 217,000 per day.

It will have to pay the similar amount to Excelerate Energy and Summit Group no matter it re-gasifies the agreed quantity or less, he added.

Both the deals are on take or pay basis, meaning Petrobangla will have to pay the said amount after commissioning of the FSRUs, no matter it re-gasifies or not.

Both the FSRUs are designed to re-gasify around 500 mmcfd, which is the agreed quantity between the Petrobangla and contractor.

Commoners are bearing the brunt, he added.