Recruitment of dedicated professionals not on agenda 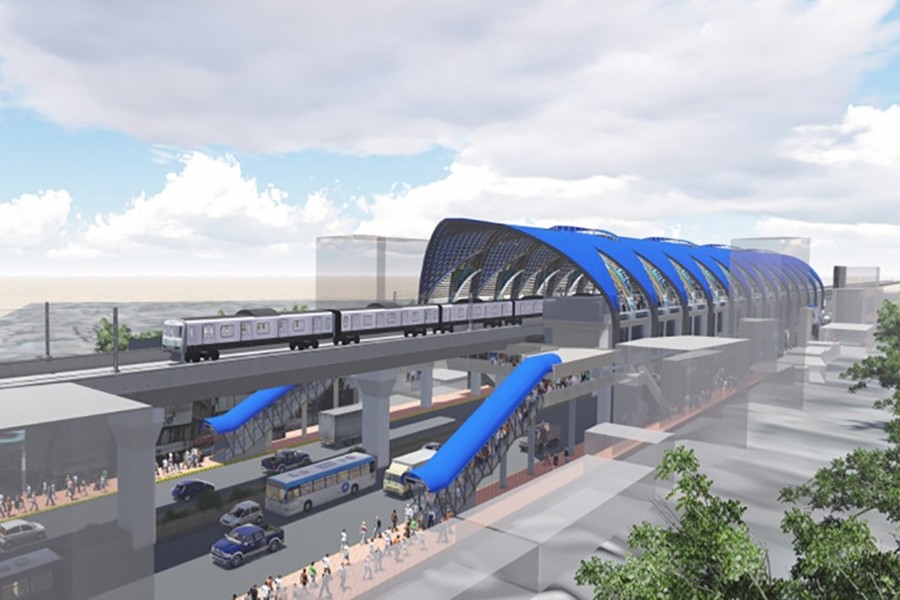 A faulty recruitment plan mainly focused on deputations for metro-rail projects is likely to hinder the ongoing process of developing three mass rapid-transit (MRT) lines in the city, sources said.

They said though these new-generation communications projects need professionals of their own, the authorities concerned have yet to draw up any plan to recruit dedicated engineers and officials for MRT 1, 5 and 6.

However, the government continued to increase the number of officials in the Project Implementation Units (PIUs) for these train-based mass-transit lines on ad-hoc basis. It has already planned to fill the posts through deputation, not with fresh recruits as recommended by experts.

This, inter-alia, also blocks the way for fresh professionals from the relevant disciplines.

As per the government plan, the appointments for the Dhaka Transport Coordination Authority (DTCA), the implementing agency of the MRTs, are also going to be made through deputation.

"For such policy, the project has hit snags as skills and experiences the existing officials, including engineers, have gained are being wasted. They cannot make use of their experience as they are either transferred or went on retirement," an official said.

The Ministry of Road Transport and Bridges (MoRTB) is implementing the three MRTs out of five recommended in the Revised Strategic Transport Plan (RSTP) under the DTCA.

It has so far made progress on MRT-6, first of its kind in Bangladesh, under PIU and contractors have already started developing depot and infrastructures and manufacturing train set with support of Japanese experts. But it managed all these works with around 60 staff members, mostly hired from Roads and Highways Department (RHD) or Bangladesh Railway (BR).

Dhaka Mass Rapid Transit Development (DMRTD) project has been developed with technical support from Japan International Cooperation Agency (JICA) aiming to prepare a base of experts for all kinds of works.

Even some newly recruited engineers, appointed under the PIU, quit their job for a lack of career facilities, said the officials involved with the MRT-6 project.

Among the government agencies, RHD and BR have only skilled and technical officials, but both have a shortage of skilled hands to implement more than 100 projects, they added.

According to initial recruitment plan prepared by JICA experts, DMRTDP work was supposed to be taken over by mass rapid transit company (MRTC), a cent-percent government-owned company, in-between progress of the project.

This was necessary to make the DMTC capable of carrying out all other related works -- planning, implementation, operation and maintenance--of all five metro rails to be set up in the city's different corridors for easing traffic gridlock by 2035. Direct recruitment of around 1,901 staff members for DMTC was supposed to be completed in phases by 2016.

Sources said instead of starting the recruitment, the MoRTB doubled its staff strength for DMRTDP to 137, who are to be hired again from the government's existing setup.

Besides, the authorities will have to set up two more PIUs for MRT 1 and 6 projects as feasibility studies on both are likely to end next year.

Recently, the Ministry of Finance has given approval for recruitment of 146 staff members for DTCA -- again on deputation. At present, the role of DTCA is criticised for not performing as per its mandate, but the authority was never equipped with skilled and dedicated officials. At present, 64 staffers are working, but only five to six engineers among them could not cover the entire work.

DMRTDP officials said direct recruitment for DMTC has been started for 78 posts according to JICA recommendations. But vacancies for all officials and other staff members have not been filled yet, they added.

The consultant appointed by JICA has recommended that the MoRTB recruit around 1,901 people the company to start functioning. According to the development-project proposal, the DMTC is supposed to recruit 13 people in phase 01-02 and 255 in phase 03 and 554 in phase 4 and the rest in the fifth phase which was to be completed in 2016.