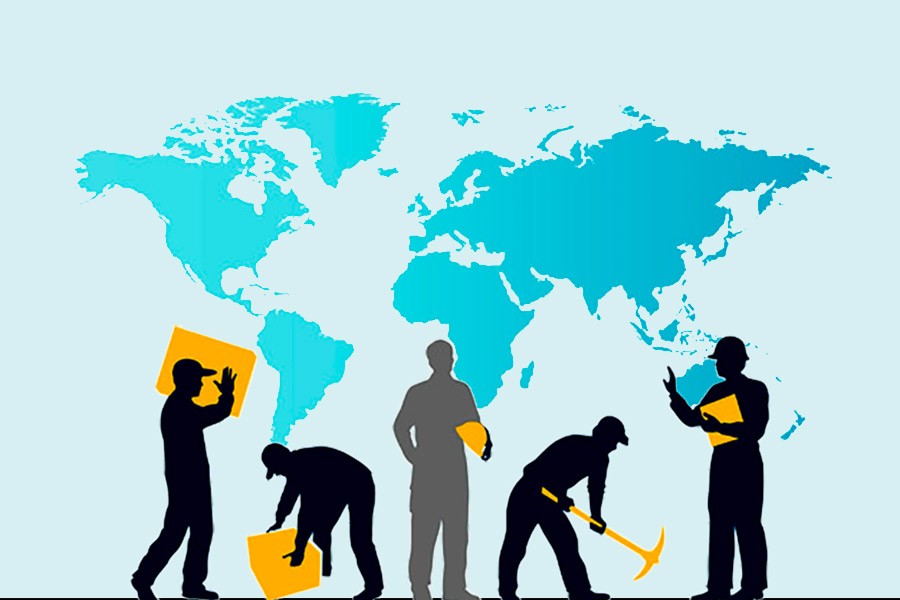 The government is planning to send more workers abroad in 2020 as some closed labour markets are expected to reopen this year.

“We’ll be able to send more workers abroad compared to this year when the new markets will reopen. There’ll be greater remittance inflow, too,” he said.

Additional secretary to the Ministry of Expatriates’ Welfare and Overseas Employment Munirus Salehin said, “Regional issues, for example the localisation in Saudi Arabia and Qatar, didn’t allow us to send as many workers as we had targeted. Besides, fewer workers went to Malaysia as the country closed its labour market.”

He said the remittance inflow marked a rise by 6 percentage point in 2019 compared to that of 2018 due to a 2 per cent incentive given to migrant workers.

He further said the ‘e-management service’ will be launched this year where the list of all workers going abroad will be uploaded in software. “Financial transactions for the outgoing workers will be carried out through banks. Ensuring good governance is our main objective.”

Secretary General Bangladesh Association of International Recruiting Agencies (BAIRA) Shamim Ahmed Chowdhury told UNB that the number of workers who went abroad last year is still high though the major overseas labour markets were closed. “Fewer people were sent to the UAE and Malaysia as the labour markets there were closed.”

He said the UAE and Malaysia markets will reopen next year. “In 2017 when those markets were open, 1,011,000 workers went to those countries”.

Shamim Ahmed is hopeful of sending more workers than 2017 once the two major markets lift the prohibition on their labour import.

“Labour markets in China, Japan, Macau, Seychelles, Romania, Croatia and Poland were opened last year. I’m optimistic that new markets will be added to that list in 2020,” he said.

Head of Migration Programme at Brac Shariful Hasan said nearly 1,200 female migrant workers returned from Saudi Arabia in 2019 after suffering horrendous torture at the hands of their employers.

Besides, Shamim Ahmed, nearly 60,000 male migrant workers were deported from the Middle East and Malaysia, most of them absolutely empty-handed.

“Almost 60,000 male migrant workers were sent back in 2019 and nearly 30,000 came back from Saudi Arabia alone. Saudi police deported many Bangladeshi workers even though they had their ‘Akama’ (permit) in order,” he said.

Shariful Hasan said workers who had previously gone to Saudi Arabia on general free visas were sent back for working elsewhere leaving the designated employer. However, many migrant workers who were deported from Saudi Arabia said they had the legal ‘Akama’ with them.