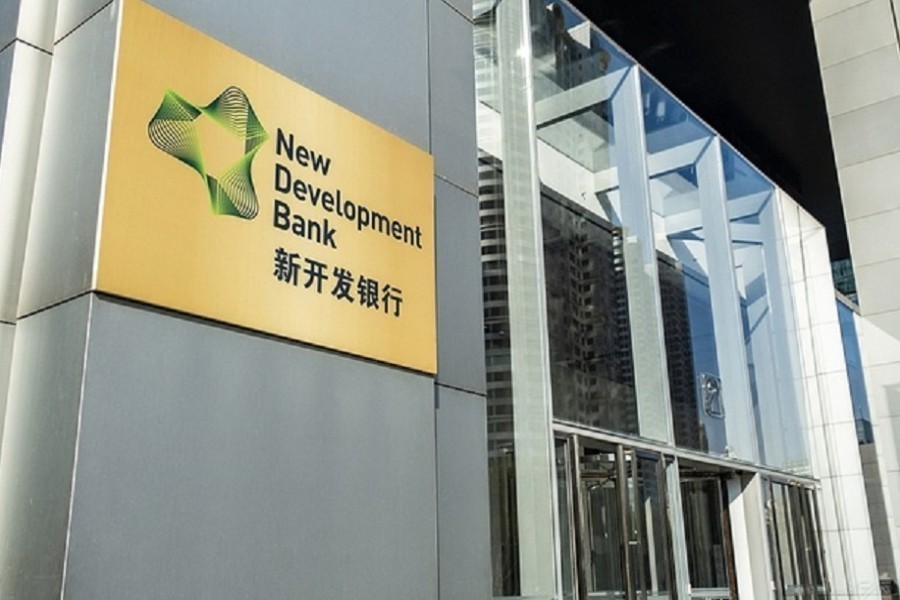 Bangladesh has drafted a legal framework to make the way for getting access to credit from the BRICS-led New Development Bank (NDB).

The Economic Relations Division (ERD) under the Ministry of Finance has prepared the draft on the "New Development Bank Law-2022", finance ministry officials said.

Trade experts and economists have viewed that opening up such avenues would be a wise option for the government in the wake of the country's growing need for increased budget support.

Recently, Bangladesh has approached the International Monetary Fund (IMF) for US$ 4.5 billion in loans to offset the ongoing financial setback.

Bangladesh will have to pay a membership subscription of US$188.4 million as a contribution to the paid-up capital of the bank. Before making the payment, the country will have to enact the law, said the MoF officials.

After finalisation of the draft, they added, it would be sent to parliament for the lawmakers' approval.

Officials said the legal framework is required for completing relevant domestic procedures and seeking loans from the multilateral lender.

The ERD is working on finalizing the draft based on the stakeholders' opinion. It has sent the draft to the relevant government departments that deal with fiscal matters for their opinions before finalising it.

A senior official at the MoF said that after enacting the law, the ministry would take necessary preparation and complete relevant procedures to seek loans from the NDB.

He, however, said payment of subscription to the NDB is not linked with the law, but necessary guidelines would be needed to determine the process of seeking funds from the NDB.

"We have expressed original concurrence as the MoF will allocate the fund for subscription," he added.

Earlier, the NDB had agreed to offer its 1.0 per cent share to Bangladesh, Uruguay and UEA each.

Md Shahriar Kader Siddiky, additional secretary (wing chief) of Asia, JEC and F&F, however, declined to comment on the draft law at this stage.

He, however, said relevant Articles of Agreement of the NDB have been signed between the Finance Minister of Bangladesh and the NDB earlier.

The NDB law would be needed to endorse, enforce and implement the clauses, sections, articles and interests of loan amount if it is sanctioned by the NDB to Bangladesh.

Bangladesh's total share as subscribed capital in the NDB is $ 942 million. Of the amount, $188.4 million is paid-up capital and the rest $ 753 million is authorised capital.

The paid-up capital of $188.4 million will have to be deposited in seven installments over next seven years.

The remaining $753 million could be paid through the purchase of bonds of the NDB if Bangladesh wants to do so.

Bangladesh was the first country to deposit worth $ 15 million, its instrument of accession, as a member outside the BRICS.

Since its inception in late 2015, the NDB has provided about $30 billion in loans to member states for 70 different projects related to sustainable infrastructure and sustainable development more broadly.

The rate of interests and other terms and conditions of the multilateral lenders are mostly favourable as they give loans under sovereign guarantee, he added.

If the government needs to borrow, the NDB could be a wise choice than that of bank borrowing from the internal sources, he added.

"It is impressive that Bangladesh became qualified to be a member of the BRICS-led lender that would open up avenues of alternative sources of international funding for the country," he said.

Dr MA Razzaque, an economist specialised in applied international trade, said that joining the NDB is a prudent decision for Bangladesh as it needs to open up several options for seeking fund support.

"Taking loan from multilateral lending agencies is a better option than that of the bilateral loan agreement as terms and conditions are determined in a transparent way through discussion," said Dr Razzaque, Chairman of Research and Policy Integration for Development (RAPID) and Research Director at the PRI.

He preferred the NDB as one of the potential lenders than the other western lenders as the associated countries have similar experiences being faced by Bangladesh.