Kamal warns on loans from China 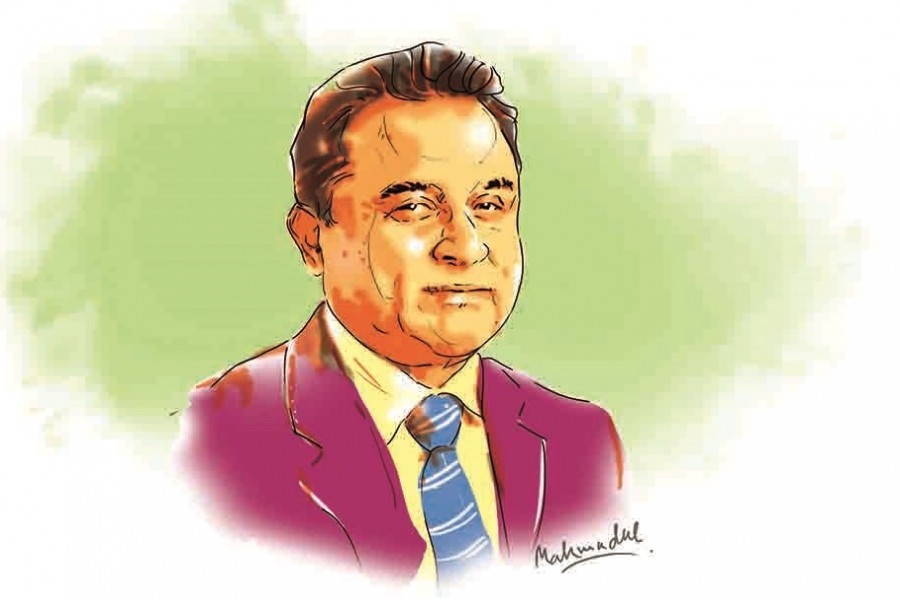 Bangladesh’s finance minister has warned that developing countries must think twice about taking more loans through China’s Belt and Road Initiative (BRI) as global inflation and slowing growth add to the strains on indebted emerging markets.

“Whatever the situation [that] is going on worldwide, everybody will be thinking twice to agree to this project,” he said in an interview with the Financial Times (FT) referring to BRI. “Everybody is blaming China. China cannot disagree. It’s their responsibility.”

Kamal said Sri Lanka’s crisis highlighted that China had not been rigorous enough in deciding which projects to support. They need to “make a thorough study” before lending to a project, he said. “After Sri Lanka . . . we felt that Chinese authorities are not taking care of this particular aspect, which is very, very important.”

Bangladesh last month became the latest country in Asia to approach the IMF for financing as surging commodity prices after Russia’s invasion of Ukraine weighed on its foreign reserves. The country, a participant in China’s BRI, owes about $4bn, or 6 per cent of its total foreign debt, to Beijing.

Kamal also said that the country wanted the first instalment from the IMF of $1.5bn as part of a total package worth $4.5bn, which would include financing to help it fund climate change resilience projects and buttress its budget.

The fund said the total amount of potential lending for Bangladesh had not yet been negotiated.

Bangladesh is also seeking up to $4bn more in total from a range of other multilateral and bilateral lenders, including the World Bank, Asian Development Bank, Asian Infrastructure Investment Bank and Japan International Cooperation Agency, according to the finance minister. He added that he was optimistic the country would secure loans from them.

His comments came as China’s foreign minister Wang Yi visited Bangladesh over the weekend for meetings with officials including prime minister Sheikh Hasina. In a statement, China called itself “Bangladesh’s most reliable long-term strategic partner” and said the pair agreed to strengthen “co-operation in infrastructure”.

The economic hit from the Covid-19 pandemic, as well as the surge in global food and fuel prices amid the Ukraine war, has put many developing countries under strain and some are struggling to repay their foreign debt.

Sri Lanka, which defaulted on its sovereign debt in May, is negotiating with the IMF for an emergency bailout. Pakistan, whose foreign reserves have fallen to enough for just a month and a half’s worth of imports, last month reached a preliminary deal with the fund to release $1.3bn as part of an existing $7bn assistance package.

Bangladesh has been hit hard by a rising energy import bill, with fuel shortages forcing daily, multi-hour power cuts. Its foreign reserves have also fallen to less than $40bn from more than $45bn a year ago.

However, analysts say the country’s strong export sector, notably its garment trade, has helped shield it from the recent global shocks and its reserves are still enough for about five months’ worth of imports, providing the country with some cushioning.

This meant that although “everybody is suffering [and] we’re also under pressure”, Bangladesh was not at risk of defaulting like Sri Lanka, Kamal said, adding: “There is no way to even think of a situation like that.”

Bangladesh had a total foreign debt of $62bn in 2021, according to the IMF, with the majority owed to multilateral lenders such as the World Bank. The country owes $9bn, or 15 per cent, to state lenders from Japan, its largest bilateral creditor, followed by China.

Bangladesh’s economy grew rapidly in recent decades from one of the poorest in the region after its independence war in 1971 to a per capita income of $2,500, higher than India and Pakistan.

But climate change poses a significant threat, with the low-lying country of 160mn vulnerable to rising sea levels, erratic monsoon rains and flooding.

The IMF said in a statement this month that its new Resilience and Sustainability Trust would help provide long-term climate change-related financing as part of Bangladesh’s loan programme. “Unprecedented global shocks present countries like Bangladesh with significant uncertainties,” it said.

Lack of infrastructure also continues to constrain growth. The government in June inaugurated the $3.6bn Padma Bridge near Dhaka. The project was Chinese-built but financed domestically after international lenders withdrew funding over a corruption scandal, although allegations were never proven. But the government has responded to the economic downturn by cancelling a series of planned infrastructure upgrades, including investments in building a 5G network and upgrading highways.

“Whichever projects are essential and are in process and will pay off as fast as possible, we’re only taking care of those,” Kamal said. “To other projects, we’re saying, no thank you.”

Bangladesh allocates 300 acres of land for Saudi companies in EPZ