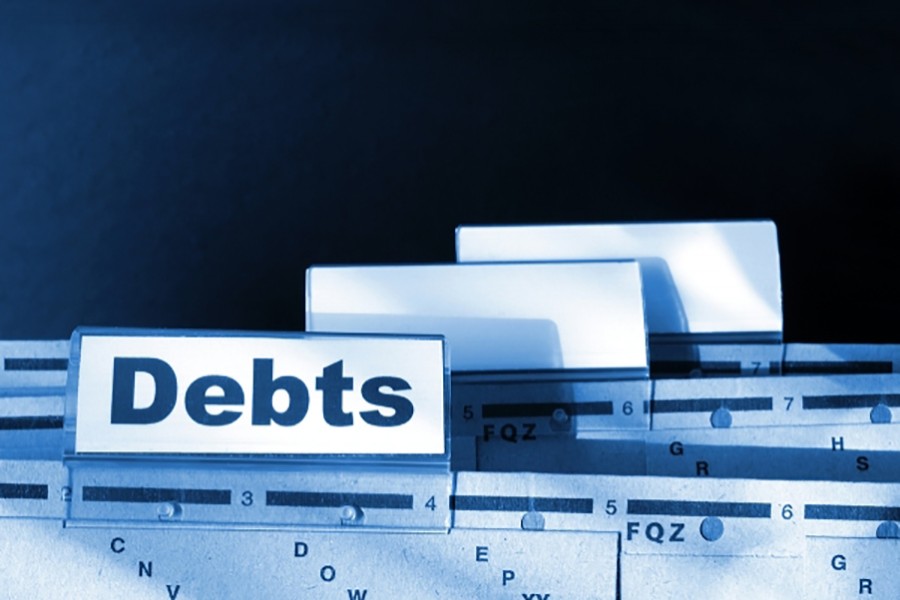 Public debt increased slightly in the last financial year (FY) due to the rise in fiscal deficit crossing the benchmark 5.0 per cent.

In a recent publication, the International Monetary Fund, or IMF, showed that the debt reached 33.5 per cent of gross domestic product, GDP, from 33.2 at the end June 2019.

Of the total, domestic debt accounted for 21.4 per cent, mostly from the banking and non-banking sources.

The IMF report also showed that the government debt as percentage increased to 34.1 per cent at the end of August in 2019. It did not mention the reference period in 2018.

Economists said that last fiscal's deficit led to large borrowing by the government from the domestic sources.

They expressed the fear that the debt might go up further this fiscal year due to slow growth in revenue mobilisation. The bulk of budget financing comes from taxes.

Fiscal deficit reached 5.2 per cent (excluding grant) in the past fiscal year, highest in 11 years.

Dr. Mansur said the official figure of the GDP remains "high," for which debt in terms of the gross domestic product shows almost static.

"The absolute figure of debt is huge," said Dr. Mansur, who is also the chairman of BRAC Bank.

Dr. Mansur said this time government met its deficit by borrowing from banking and other domestic sources, because getting money from the external avenue involves compliance.

"Poor business activities have been contributing to poor revenue generation for the past few years."

The raw material import has fallen, which means manufacturing units are running below the capacity.

Earlier, the authorities got funds from the public automatically, although the fixed income instruments are costlier due to high yields.

Dr. Islam said that the availability of grant, which offered the government a cushion to finance budget, has been almost nil.

The Centre for Policy Dialogue (CPD), a think-tank, has long been suggesting the government to raise its non-tax revenue. It now provides around Tk 300 billion for budget financing.

There is a legal restriction on getting funds from the highly-profitable state-owned enterprises. The cabinet has recently decided in principle to amend the law.

Dr. Mustafa K Mujeri, executive director at the Institute for Inclusive Finance and Development (InM) said the government may take funds from the profitable enterprises on certain rate of interest.