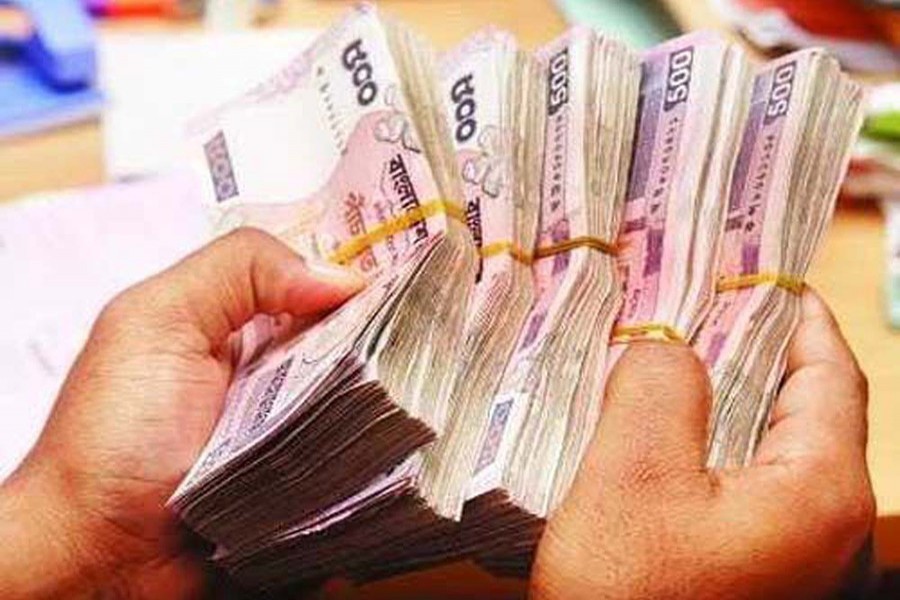 Its borrowing reached Tk 130.87 billion in the first month of FY 2020-21 through issuance of treasury bills (T-bills) and bonds against Tk 70.50 billion pre-auction target, set by the Ministry of Finance earlier to partly meet budget deficit.

Of the total borrowing, Tk 109.32 billion was taken out from the banks and the remaining Tk 21.55 billion from individuals and corporate entities, the officials said.

Meanwhile, the government's cumulative net bank borrowing stood at Tk 80.59 billion until July 29 after adjustment of payback worth Tk 28.72 billion to the central bank, according to a Bangladesh Bank confidential report.

"The government was forced to borrow more from the banking system in July because of lower revenue collection," a senior official familiar with the government debt management told the FE on Thursday.

The government's bank borrowing normally rises in the months of June and July each year, he said.

The overall revenue collection fell by 22.07 per cent to Tk 123.34 billion in July from Tk 158.28 billion the year before, according to the official figures.

Meanwhile, the government is set to borrow more than Tk 58 billion from the country's banking system for the month of August.

The government may receive up to Tk 190 billion as gross borrowing from the banking system in August through T-bills and bonds, according to the government's auction calendar issued by the central bank recently.

The auction calendar means the schedule and the amount of T-bills and bonds to be issued through this process for raising funds from the market to meet partial budget deficit.

The government's net bank borrowing may reach Tk 58.50 billion in the single month, after deducting Tk 131.50 billion against the government securities that would mature during the month, according to the BB officials.

"We expect the existing trend in government's bank borrowing to continue in the coming months unless the revenue collection increases," a BB senior official predicted.

Talking to the FE, a senior executive of a leading private commercial bank said the participation of individuals and corporate entities in the government securities has helped reduce the funding pressure on the banks.

He also said the insurance companies, particularly life insurers, have invested a significant amount of funds in the government securities. The government bank borrowing target for the current fiscal year is substantial.

Under the arrangement, the government will borrow Tk 536.54 billion by issuing long-term bonds while the remaining Tk 313.26 billion through T-bills.

Currently, three T-bills are being transacted through auctions to adjust government borrowings from the banking system.