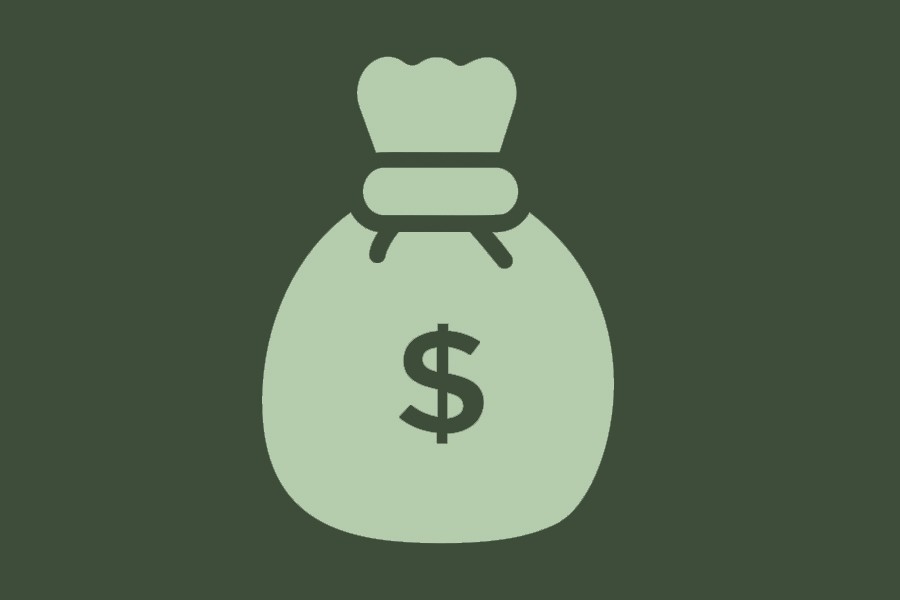 Bangladesh's foreign-exchange reserves dropped below the official US$34-billion mark despite belt-tightening measures to stall the fall to navigate internal and external headwinds on the financial front.

This is the first time the reserves have gone down the level of US$34 billion since April 2020, according to Bangladesh Bank (BB) data.

The BB count showed the forex reserves having fallen to US$33.86 billion Wednesday from US$ 34.05 billion recorded on the previous day (Tuesday), although a recent IMF assessment put the figure far below by discounting an EDF-funding amount.

Talking to the FE, a BB official said the reserves went down US$34 billion after a long time, probably after the early stage of Covid-19 pandemic.

He said the downturn in the foreign-currency reserves continued because of a gradual fall in earnings from export and remittance in recent months. Simultaneously, selling dollars from the central bank to the commercial banks for meeting their foreign-currency obligations to pay the import bills continues rising.

"These are probably the reasons behind the gradual fall in forex reserves," he adds.

According to the official data, the central bank has so far sold US$6.50 billion to the banks since July 2022--amid a dollar dearth here and the world over.

The significant fall in reserves, particularly the greenback, comes as a matter of concern for the economy which is under stress amid Bangladesh's falling foreign-exchange reserves, dragged by higher import payments against lower export earnings and remittance inflows.

To shield the reserves, the central bank took various initiatives, like discouraging imports of non-essential goods, strict monitoring of pre-and post-LC opening and move to raise exchange rate of the dollar that BB sells to banks. Despite all the measures, the gradual fall of reserves cannot be controlled.

Economists suggest that the policymakers go for quick assessment of their reserve-protecting moves as these are observed not efficient enough to save the stock of the greenback.

"I think there is probably a leakage between the announced programmes and implementation of those. BB needs to evaluate this as quickly as possible," he adds.

The economist says the BB has taken measure to prioritise import of essential goods, which was good. But the list of essential items is quite long. "Now, we need to further categorise the list and spend dollars for only the most essential items as the reserve is getting squeezed fast," he suggests.

Mr Moazzem also suggests that the government should leave the mindset of maintaining normal-time economic growth. Instead, it should use the reserves considering the lower-balance economic growth.

Chairman of Policy Exchange of Bangladesh Dr M Masrur Reaz thinks the government ought to increase the supply of dollar to avert unbearable pressure on the economy in the days to come.

Getting the real benefits of the austerity measures by the BB, the earnings from exports and remittances have to be enhanced anyhow, according to him.

For raising export outcomes, he suggests that the government must ensure uninterrupted supply of gas and power to the industrial hubs to ensure cent-percent productivity.

Simultaneously, the difference in rates of dollar between banking system and kerb market needs to be narrowed as quickly as possible alongside taking measure to further devalue the local currency to attract the remitters for sending their money in formal channel.

The country witnessed fall in remittance inflow in the just-past October with an earning of US$ 1.52 billion, down by 7.37 percentage points year on year, as expatriates had sent $1.64 billion in the same period of 2021. Even remittance recorded 24.4-percent monthly fall in September as well.

Export is another prime source through which the country earns significant volume of foreign currencies, but its trend is not going well as the country's single-month merchandise-export earnings in October this year declined 7.85 per cent to US$ 4.35 billion, year on year, mainly because of the economic slowdown in the European Union caused by the Russia-Ukraine war.

Bangladesh's exports fetched $4.72 billion in October 2021. The October'22 earnings also fell short of the target by 12.87 per cent, according to Export Promotion Bureau (EPB) data.