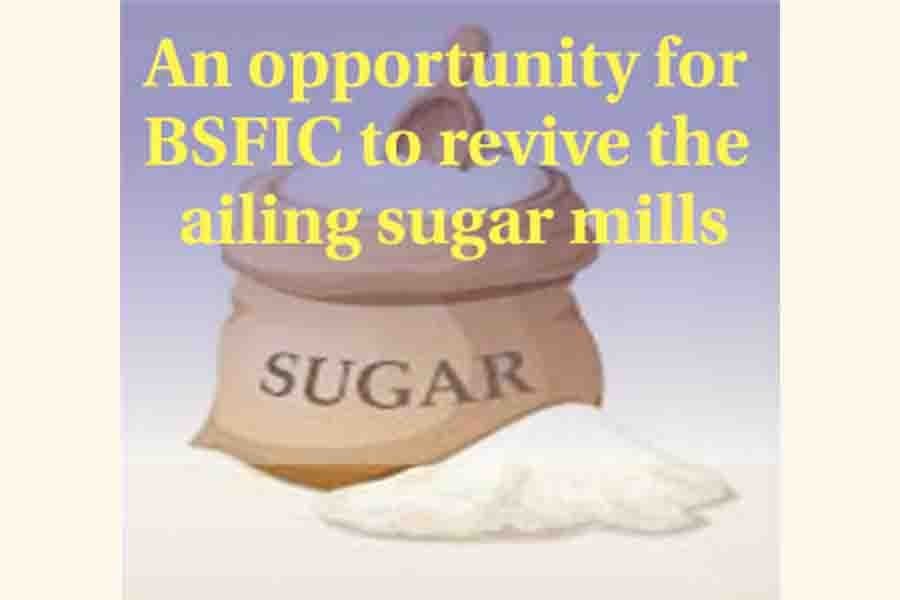 Several foreign companies have recently shown interest to invest in joint venture projects in the state-owned sugar mills, offering an opportunity for the BSFIC to revive the ailing mills.

A consortium of three foreign companies signed a memorandum of understanding (MoU) with Bangladesh Sugar and Food Industries Corporation (BSFIC) to establish a high-tech sugar and export-oriented liquor industry in the sites of the sugar mills.

The foreign companies are: Thai refinery giant Sutech Engineering, Sharkara International of the UAE and Sijitz Machinery Corporation of Japan.

High officials of the sugar industry said that such foreign investment will be a game changer for the corporation, which have been reeling under heavy losses allegedly due to wrong policy, massive mismanagement and corruption.

According to the MoU, a copy of which is obtained by the FE, the feasibility study of the proposed projects would be finalised by this year.

There is an enormous scope of establishing new modern sugar industries as the BSFIC has available land in each of the sugar mills with a proficient technical team.

"As a pioneer of the agro-based industrial development of the country, BSFIC can be one of the potential partner in establishing the energy-efficient, modern technology-based and environment-friendly Cane sugar industry and export-oriented beer industry," the MoU reads.

Talking to the FE, BSFIC chairman Sanat Saha said the foreign investment could play a vital role in reviving the sugar mills.

"These are reputed companies. We may utilize the lands of one of our loss-making mills to implement the project" he added.

It was also mentioned that a Saudi company has also expressed the interest to invest in joint venture projects with the BSFIC.

Commenting on the issue, Mr Saha said that the company is interested to produce solar power and "we are looking for suitable sites".

And, he said, this can be done in the land of a mill which is not capable of becoming viable.

According to the agreement, the foreign companies will arrange the finance for the project.

It may be mentioned that Sutech Engineering was involved in erecting many private sector refineries in Bangladesh.

A number of projects were initiated by the BSFIC earlier to make the sugar mills viable, but due to the wrong planning, the projects could not see the light of the day.

For example, the ECNEC had approved a BSFIC project three years ago to produce sugar from beat.

Some TK 4.0 billion was earmarked for the project. But after the passage of four years, the authorities realised that the project was a faulty one as the money was too meager to implement such project.

So, this is an example how a wrong planning spoiled the efforts to make the sugar mills viable.

It is learnt that the BSFIC is planning to revise the project by enhancing the allocation.

For the last one decade, the sugar corporation has been incurring huge losses, mainly due to their overhead cost.

The cost of production in Setabganj sugar mill this year was Tk 209 per kg, whereas the sales price is Tk 60 only.

The lowest production cost was in North Bengal Sugar Mills in Natore, which produces one kg of sugar after spending Tk 97.47.

But production of sugar in the BSFIC mills has increased in this crushing season to 82,000 tonnes from 65,000 tonnesin the last season.