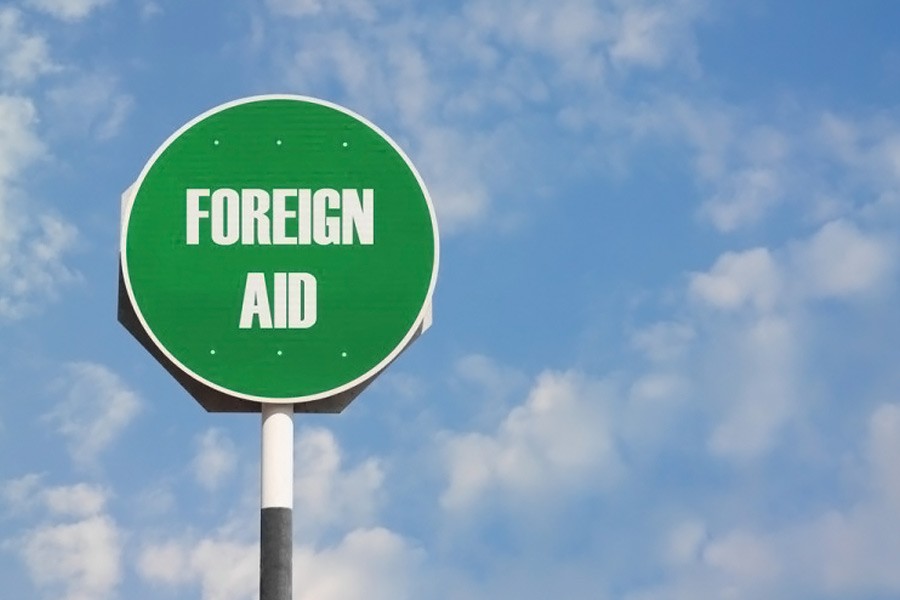 Foreign aid commitment to Bangladesh dropped by 47 per cent to US$2.6 billion in the first five months of the current fiscal year compared to that of the same period last fiscal, officials said on Monday.

However, foreign aid went up by 9.0 per cent to $1.62 billion during the July-November period of this fiscal year compared to that of the same period last fiscal, the Economic Relations Division (ERD) provisional data showed.

According to the ERD, the Bangladesh government had signed US$2.6 billion worth of loan and grant deals with overseas development partners during this period for getting assistance for different development projects.

During the same period last FY2019, multilateral and bilateral development partners made commitment of $3.83 billion worth of foreign aid.

Out of the $1.63 billion aid during July-November this fiscal, development partners disbursed $1.54 billion worth of loans and $82.35 million in grants.

A senior ERD official said: "Since some big loan deals were signed in last FY2019, commitment was higher compared to the same period this FY2020."

But it is good news that aid disbursement has picked up in July-Nov period this FY compared to the same period last FY2019.

Out of the $2.6 billion worth of aid commitment, development partners confirmed $2.41 billion worth of loans while the remaining $191.81 million as grants through signing different agreements.

The ERD official said: "Although commitment has been showing a downward trend in the first five months, it will pick up in the last quarter of the current fiscal."

Meanwhile, the government has paid interest worth US$ 163.06 million in the first five months of the current FY 2020 as the government's borrowing especially short-term hard loan increased over the years, ERD officials said.

During the July-November period of the current fiscal, the government repaid US$ 687.89 million interest and principal amount against outstanding external MLTs loans, according to the ERD.

In the same period last FY2019, it repaid $524.83 million worth of interest and principal amount for outstanding loans.

"Since our borrowing has increased over the years, debt servicing is also increasing," said the senior ERD official.

"The government has taken a huge amount of buyers' credit and short-term loans over the last few years. Grace period of most of the loans was 5-6 years. So, the government has to start their debt servicing in recent years," the official said requesting for anonymity.

The government has set an ambitious target for US$6.0 billion concessional foreign assistance disbursement and $8.47 billion commitment in the current FY2020.