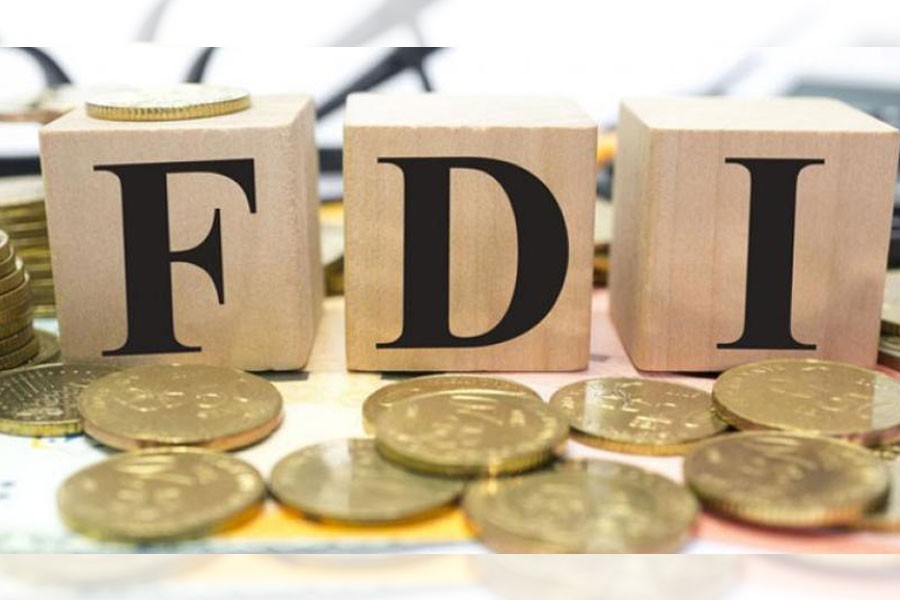 The declining trend in the net inflows of foreign direct investment, or FDI, in the country sustained until the third quarter of the immediate past calendar year, according to government data.

The nation witnessed nearly 30 per cent drop in FDI during July-September period of 2019 compared with the previous quarter (April-June).

If the January-September period of 2019 is considered, the flow fell by 4.93 per cent.

This downward trend in inbound investments has deepened fear about reaching the level of inflow recorded in 2018.

In terms of sector-specific net FDI inflow, power sector attracted the highest volume of foreign investment (US$82.44 million), followed by telecommunication (US$75.63 million), textile and clothing (US$ 70.05 million), food (40.38) and construction (US$38.13 million).

During the first quarter (January-March) of the previous calendar year, the volume of the net FDI inflow amounted to $1.06 billion.

A senior Bangladesh Bank official said the country's performance in attracting FDI was phenomenal in 2018, buoyed by major cross-border takeovers.

"[This means] achieving another US$1.5 billion in just three months is next to impossible as we did not see significant transaction during the last quarter," he added.

Economists were not surprised at the declining FDI inflow since the country's overall macroeconomic outlook was not good as it was in 2018.

Executive director of Policy Research Institute (PRI) Dr Ahsan H. Mansur said Bangladesh's overall macroeconomic situation in 2019 was not better than that of 2018.

"Whatever the government says-the reality of the economy was not good in 2019 and the declining FDI is the reflection of it," he said.

Explaining the reasons behind the increased FDI in 2018, he said Japan Tobacco's acquisition of Dhaka Tobacco by around US$1.5 billion and another major transaction through investment of Chinese consortium to buy 25 stakes in Dhaka Stock Exchange (DSE) boosted the FDI inflow.

"We did not see any major transaction in 2019. So, it has affected the FDI growth," he said.

"But borrowing keeps increasing here..that means all want to give loans to Bangladesh but nobody wants to take Bangladesh's stake, which is not a good sign," he added.

Research director of the Centre for Policy Dialogue, or CPD, Khondaker Golam Moazzem laid emphasis on the quick implementation of a few special economic zones for the manufacturing sector, where FDI normally goes up in large volume.

"We've to have ready land with all basic facilities for investors," he said.

He also focused on quick introduction of one stop service with the inclusion of more available services to attract the overseas investors in such zones.

Export earnings from jute increase by 14pc in 10 months

Vaccine to remain beyond reach of local pharma cos

Potato prices go up by 28pc in a week