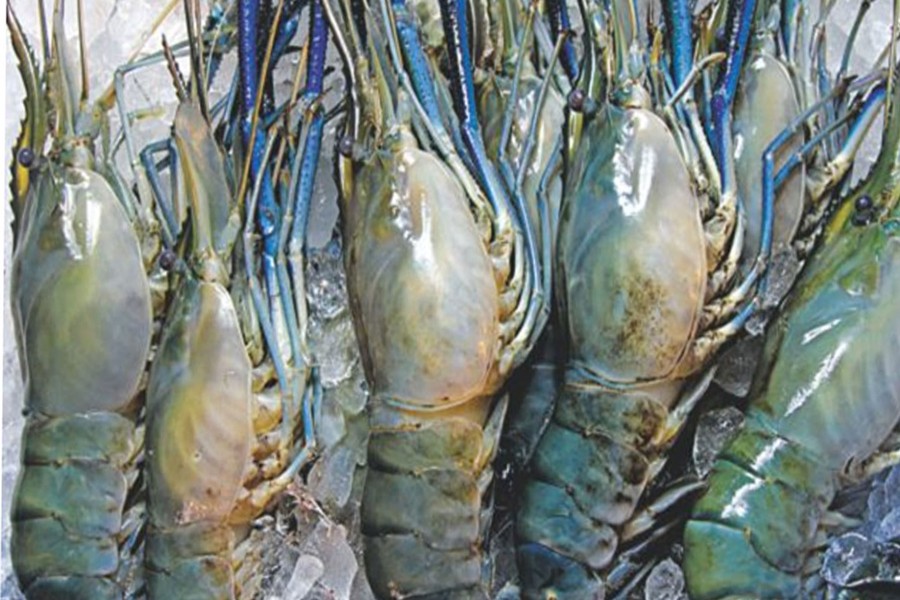 KHULNA, Oct 29: Prices of shrimp (galda) have been declined around 50 per cent in the international market. Exporters are also experiencing internal problems. As a result, they are trying to recover the losses buying shrimp at a low rate. Lobsters are being sold in the local market. The shrimp farmers in the southwestern region are facing economic crisis due to falling price of the lobsters.

Fisheries officer of Dighalia upazila HM Badruzzaman said the situation has been created due to fall of the currency of the European Union. But the complexity of the new and old rules of fish trading has had some impact in this regard. In Khulna division, Dumuria is renowned to produce quality lobster and shrimp. There are about 25,000 lobster's farms. The farmers were interested in enclosure business expecting a significant profit but their dream is going to be faded now-a-days.

Dumuria farmers said cost of land, fish food, purchase of fry and establishment costs are more than the sale price. As a result, the owners of the gher cannot even able to repay the land cost. If the condition does not change, they will stop cultivating lobster. Dumuria upazila fisheries officer Saroj Kumar Mistri said farmers will lose their interest if the price does not increase.

Sources said the crisis of virus-free shrimp seed, low market rate, lack of knowledge in using modern techniques in production and high production cost have resulted financial loss of around 1.0 million shrimp farmers on the coastal areas of this region. Many farmers have already turned away from the lobster-shrimp farming.

Bangladesh Frozen Foods Exporters Association sources said among the 90 shrimp processing units in the country, 56 are in Khulna but 30 are in operative.

Director of the association and managing director of Aasia Sea Foods Limited Md Tariqul Islam Zahir said, "There is now a stagnant condition in the release of lobster in the international markets; the demand in the local market has been affected for this. It is not possible to say when the condition will end."