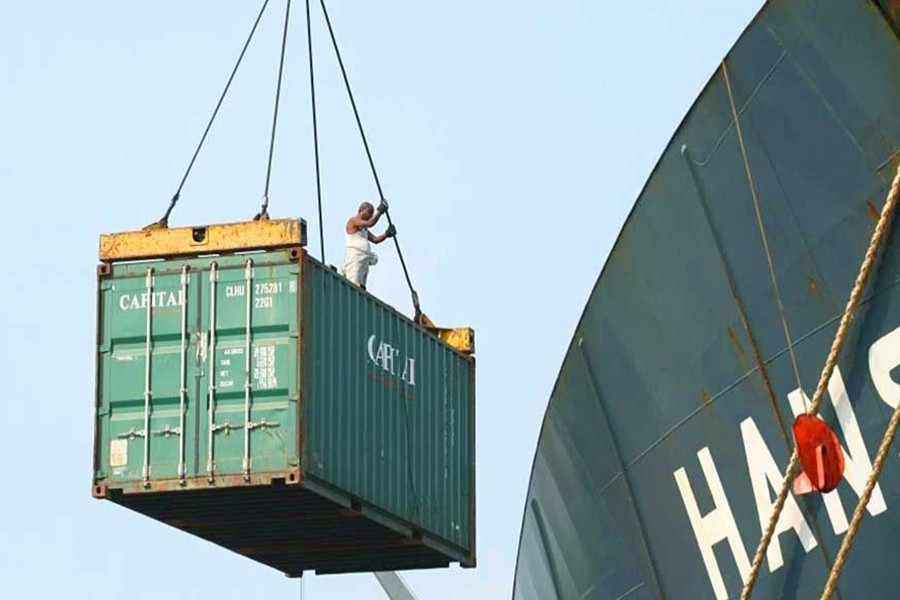 The country's single-month merchandise export earnings in September 2022, after 13 months of robust growth, entered into negative territory mainly because of the decline in RMG shipments.

Export earnings in last month stood at US$ 3.90 billion recording a 6.25 per cent negative growth year-on-year, according to Export Promotion Bureau data published on Sunday.

The September'22 earnings also fell short of the target by 7.14 per cent.

RMG earnings, after a robust growth during the last 13 months from August'21, declined about 8.0 per cent last month to $3.16 billion year-on-year.

The overall export earnings growth during July-September of the current fiscal year slowed down to 13.38 per cent to $12.49 billion over that of $11.02 billion earnings of the corresponding period of the last fiscal.

Since September'21, bar May and July this year, the country's single-month export earnings had surpassed the four-billion mark.

Of the total $12.49 billion export income during the July-September period, the RMG sector fetched $10.27 billion, posting a 13.41 per cent growth over that of last fiscal.

A breakdown of the clothing-sector performance shows that the knitwear subsector of RMG earned $5.16 billion from exports, registering a 9.40 per cent growth.

Earnings from woven garments export have amounted to $3.89 billion in the past two months, up by 18.73 per cent.

Home-textile exports also recorded over 26.59 per cent growth to $353.48 million in the first three months of this fiscal.

Meanwhile, the jute sector, which demonstrated a negative growth in the last fiscal, recorded a 15.71 per cent growth in the July-September of FY 22 with $ 245.65 million in earnings.