The country misses export target by 12.59pc in Jan to Nov 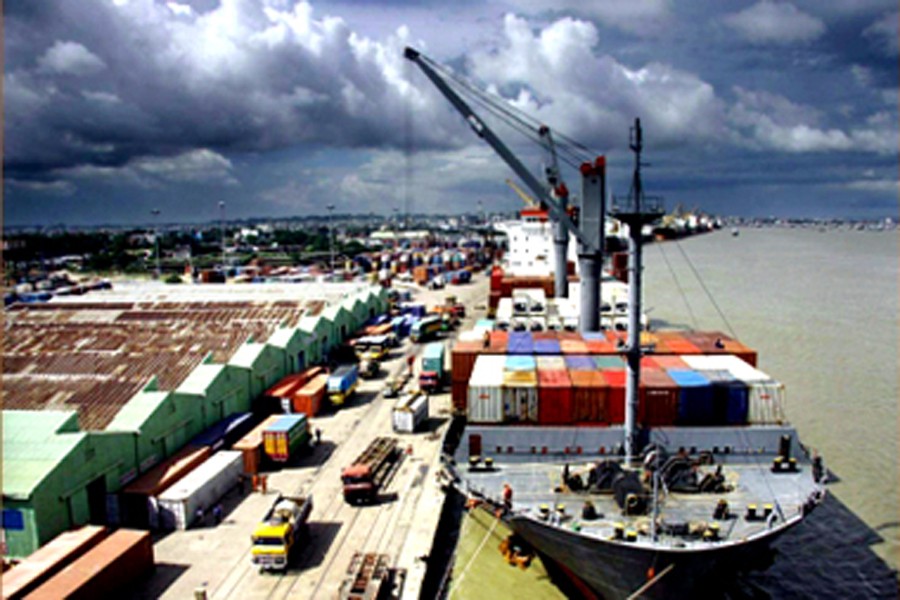 The country's export earnings continued the negative trend as merchandise shipment witnessed a 7.59 per cent fall during the last five months of current fiscal year of 2019-20.

The aggregate export earnings during January to November of FY 2019-20 stood at $15.77 billion US dollar against $17.07 billion earnings of the corresponding period of last fiscal, according to the Export Promotion Bureau (EPB) data.

The total earnings also fell short of target by 12.59 per cent set for the period, EPB data revealed Thursday.

The single month export earnings in November 2019 reached $3.05 billion, registering a decline of 10.70 per cent, compared to the same month of 2018, the EPB data show.

The November earnings also fell short of target by 17.90 per cent.

Exporters and officials attributed decline in the export value of readymade garment (RMG) products, the country's top foreign currency earning sector, for such a drop in export receipts during the July-November period.

The overall export earnings from RMG items -- both knitwear and woven garments -- fell by 7.74 per cent during the first five months of the current fiscal year.

In the RMG sector, the earnings from exports of woven garments fell by 8.74 per cent to $ 6.07 billion during the five months of this fiscal over the same period of the last fiscal, the EPB figures show.

The export earnings from knitwear items during the July-November of the current fiscal also fell by 6.79 per cent to nearly $6.80 billion.

The country's woven and knitwear products fetched over $6.88 billion and $7.30 billion respectively during the first five months of the last fiscal year.

The export earnings from other key sectors also declined considerably during this July-November period over the corresponding period of last fiscal.

The earnings from home textile also fell short of target by 15.51 per cent.

Among the major exportable products, earnings from the export of leather and leather goods fell by 10.03 per cent to $391.09 million during the July-November period, according to the EPB data.

Frozen and live fish exports fetched $235.11 million in the first five months of the current fiscal, registering a negative growth of 7.62 per cent, compared to the same period of last fiscal.

Agricultural products including vegetables, fruits and spices exports stood at $446.32 million recording a 2.69 per cent negative growth during the period.

Earnings from jute and jute goods export, however, rose 15.16 per cent to $404.79 million in the July-November period of the current fiscal from $351.5 million in the same period of last fiscal year.

Pharmaceuticals exports grew by 2.94 per cent to $ 59.49 million during the first five months of current fiscal year, according to EPB data.

The country fetched $40.53 billion from goods exports in last fiscal out of which, some  $34.13 billion came from the RMG exports, data showed.