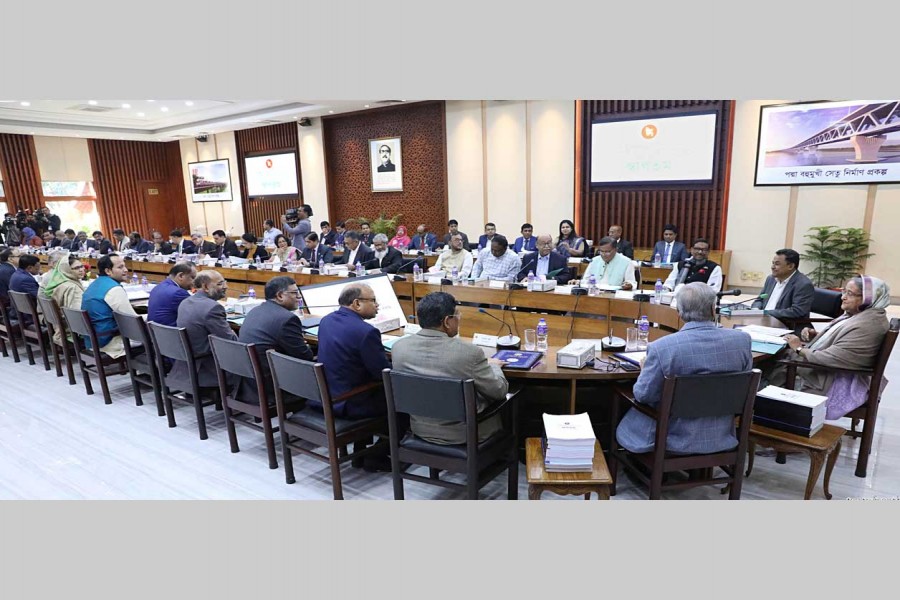 The Executive Committee of the National Economic Council (ECNEC) on Tuesday approved a Taka 205.26 billion project to set up some 329 technical school and colleges at upazila level in a bid to build skilled human resources in the country.

The project was approved in an ECNEC meeting held at the NEC Conference Room in the city’s Sher-e-Bangla Nogor area with ECNEC Chairperson and Prime Minister Sheikh Hasina in the chair, reports BSS.

Briefing the reporters after the meeting, Planning Minister MA Mannan said that a total of eight projects were approved today involving an overall estimated cost of Taka 229.45 billion which will be spent from the state exchequer.

Of the approved eight projects, six are new while two others are revised projects.

The planning minister said establishment of 329 technical school and colleges at upazila level (2nd phase) is like a “star project” of the government since it wants to make the youths technically skilled.

Mannan said that various types of technical trainings is very much necessary to groom the young generation as suitable for joining the labour market abroad and thus boost the inward remittance flow.

The planning minister said Prime Minister Sheikh Hasina in the meeting asked the authorities concerned to impart proper training to the teachers of these technical schools.

The Directorate of Technical Education under the Ministry of Education will implement the project by December 2024 in a bid to create employment opportunities and skilled human resources to successfully face the challenges of future job market.

The prime minister renewed her directives to the project officials to refrain from wastage and any misuse during implementation of the development schemes side by side completing those in the stipulated timeframe, he said.

Answering to a question, the planning minister said the government is aware of the fact that the development projects often experience time over-run and it is also trying its best to reduce such time over-run.

He said the government pursues the policy of not constructing any new road, rather to strengthen and widen the existing roads and highways with constructing necessary underpasses and overpasses.

Ministers and state ministers attended the meeting while planning commission members and secretaries concerned were present.