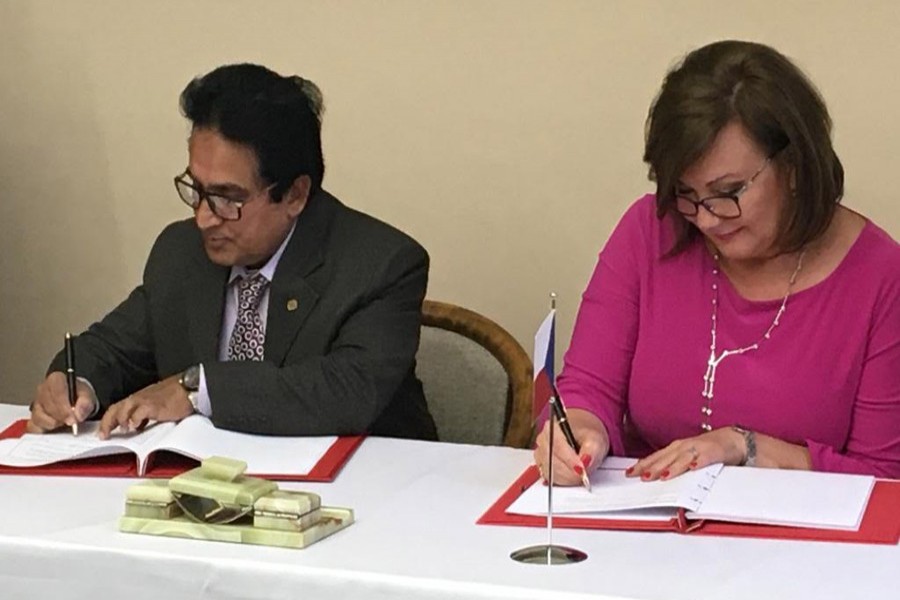 Bangladesh and Czech Republic entered into a double taxation avoidance agreement (DTAA) on Wednesday with an eye to enhancing bilateral cooperation and boosting investment.

The deal was signed at the finance ministry in the Czech capital of Prague, according to a press statement.

Wednesday’s deal is the 36th such treaty Bangladesh has so far signed with foreign countries.

Two deputy ministers of Czech Republic and high officials of the ministry concerned were present at the DTA-signing ceremony.

Commercial councillor of Bangladesh in Barlin Syful Islam was also present there.

Later, Mr Bhuiyan at a bilateral meeting gave details on the significant development of Bangladesh under the leadership of Prime Minister Sheikh Hasina.