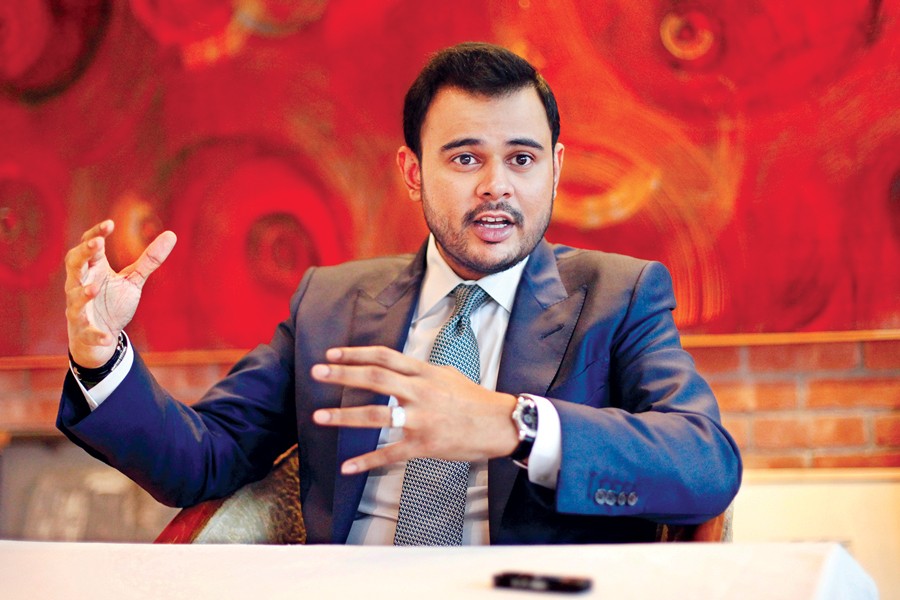 He also stressed the need for developing the plan in a coordinated manner to achieve optimal energy mix and ensure efficient use of energy in the coming years.

"To sustainably grow our economy for the years to come, the foremost requirement is electricity infrastructure that includes supply of primary fuels, power generation and transmission," said Faisal Khan, additional managing director of Summit Corporation, a leading energy and power company in the country.

"The government has shown great commitment in developing the electricity sector. In the past decade, electricity generation increased by around 10-gigawatt," he said, in an exclusive interview with the FE.

"However, much more development is required to realise our dream of becoming a high-income country by 2041," he added.

Mr. Khan's views came at a time when there have been growing calls for long-term national planning for efficient and optimum utilisation of energy resources for the future economic development of the country.

Recently, the Power Division and, Sustainable and Renewable Energy Development Authority (SREDA) have come up with an 'Energy Efficiency and Conservation Master Plan up to 2030' while several other similar initiatives have been taken by the government and the donor agencies.

The Summit Group high official, however, observed that such master plans needed to be developed in a more coordinated and comprehensive manner with a proper roadmap for implementation.

"In this era of great development, it is imperative that optimal allocation of resources and the most efficient technology is used to enable supply of affordable electricity to the nation for decades to come," Mr. Khan said.

Summit established the country's first independent power plant in 1998 and is now the largest Independent Power Producer in Bangladesh, representing around 12 per cent of Bangladesh's total electricity generation.

Currently, Summit owns a total of 18 power plants located all over the country with total power generating capacity of around 1,800 MW.

"In addition, we are implementing a 450 MW power plant in Gazipur, which should be commissioned ahead of schedule in April 2018," Mr Khan said.

"We are also in talks with General Electric to bring in a latest state-of-the-art H-class technology, the most efficient power generation unit in the world. At Summit, we strive to transfer the latest and most efficient technologies to Bangladesh and we are proud to be supplying some of the least-cost and most reliable electricity to the national grid."

"However, in the current context of shortage in gas supply, the scarce natural gas should be directed to large-scale combined cycle power plants instead of inefficient captive power plants."

He said there has been a major upgradation to the transmission and distribution systems and expressed the confidence that the factories could draw electricity from the national grid."

The FSRU will be positioned six kilometres off the coast of Maheshkhali Island in Cox's Bazar and connected to the gas grid through a sub-sea pipeline.

"The heavy rainfall this year posed utmost challenges in carrying out the works as planned. Necessary met-ocean, bathymetric and geological surveys and studies are being carried out and even with a heavier monsoon than usual, we are working towards completing the terminal on schedule."

"We have executed the Time Charter Party and remitted advance payments to the EPC contractor for the subsea pipeline," the Summit boss said.

Mr. Khan thinks that LNG would remain one of the key sources of meeting Bangladesh's energy demand in the coming years.

"We want to play a big role in the LNG space. Global studies and analysis indicate that the price of LNG will remain low in the coming years."

"At current LNG price, the cost of electricity using regasified LNG is similar to using coal even without considering the negative environmental impacts of burning coal."

This is a great opportunity for Bangladesh to secure its energy supply at a reasonable cost and at the same time limit carbon emissions", Khan observed. Eco-friendly use of energy resources has been a major issue in today's global arena. In this context, Mr. Khan is a big advocate of using sustainable energy, but he reminded that dependence on renewable energy is not viable yet for Bangladesh.

"We need large base load plants using conventional sources of energy to ensure supply of electricity at a reasonable price," he said.

"At Summit, as a matter of policy, we remain aware of our environment and carry out an environmental and social impact assessment for all our projects. We invest in ensuring minimum impact to the environment in relation to emissions, noise levels and water discharge."

He was integral in the development of 10 power generation projects totaling over 1,100 MW in the past decade. He holds an engineering degree from the University College London and recently completed his MBA from the prestigious London Business School and is currently responsible for the management and development of large infrastructure businesses of Summit Group.

Bangladesh to ask for restoring GSP