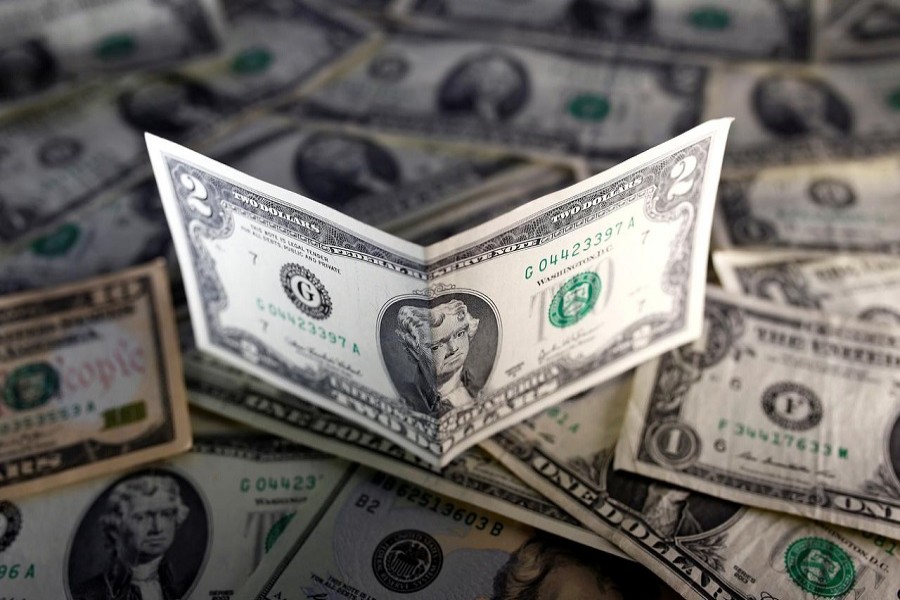 US dollar notes are seen in the picture illustration. — Reuters/Files

The coronavirus pandemic has hit hard the flow of aid from foreign donors who cleared 14 per cent less money in the eight months to February than the same period last fiscal year.

The amount they pledged in the July-February period has almost halved year-on-year, bdnews24.com reported.

The government had to repay 10 per cent more to the lenders than it had done during the same period last fiscal year.

The pandemic started to hit Bangladesh’s development work in January, especially those involving experts from China and some other countries, Economic Relations Division secretary Fatima Yasmin told the news agency on Saturday.

“It has impacted the clearance of the foreign funds,” she said before hoping that the situation would normalise by the end of the year with foreign donors clearing and pledging funds as expected.

The secretary said the Japan International Cooperation Agency, or JICA, is expected to clear a large sum of funds in the immediate future. “Everything will be alright once we get the funds,” she added.

Fatima also said the Asian Development Bank cleared some funds on March 24, but these were yet to be added to the accounts. “So, we hope to see a positive change next month,” Fatima said.

Foreign donors cleared over $3.48 billion in the July-February period this fiscal year. The amount was around $4.08 billion the same period last financial year.

The government had initially set a target of getting foreign funds worth Tk 718 billion cleared by the donors, but revised it down to Tk 620 billion in a meeting of the National Economic Council in mid-March as the situation over the pandemic continued to worsen.

The foreign donors pledged over $3.25 billion in this period against $6.17 billion the same period last fiscal year.

The government repaid loans and interests worth $1.1 billion in the first eight months of this fiscal year. The repayment in this period last fiscal year was $990 million.