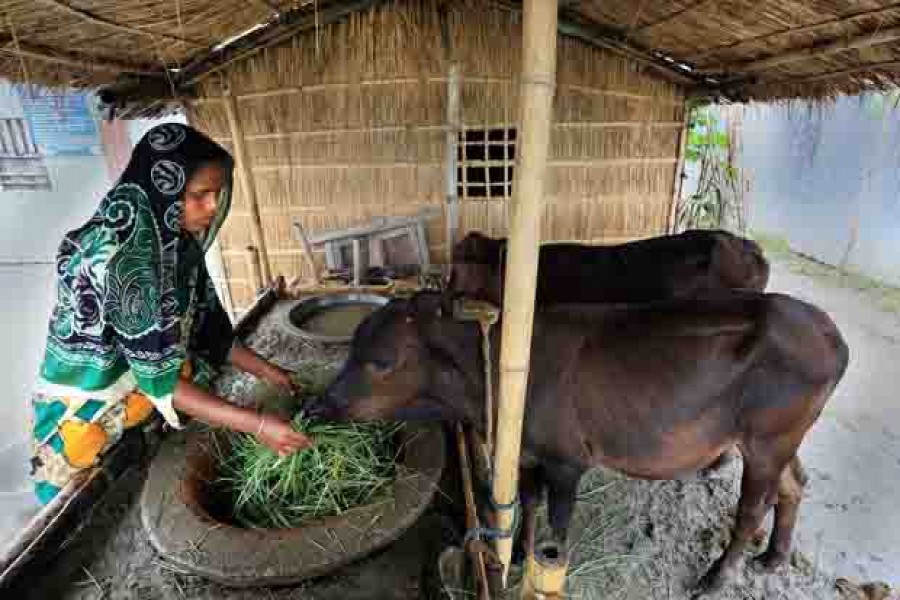 The domestic cattle head rearing in the rural areas is boosting economic development of the people from the last few years with the assistance of animal resource department.

The people of the areas, cutting the poverty rate in the district, have started changing socio-economic condition and educating their children. It is also keeping very important role for removing the existing protein deficiency, reports BSS.

Most of the house wives of the char areas of Harirampur, Daulatpur and Shibalaya upazilas work hard for oxen rearing at their houses for selling during the holy Eid-ul -Azha. A number of farmers said, their women take necessary care of their cattle heads regularly and working hard to change their luck.

Mizanur Rahman Tota, a union parishad member of Baghutia said the farmers of char areas rear the cattle heads at their houses for selling during the Eid-ul-Azha every year which is considered as the extra income.

Besides, some farmers have been rearing cows to produce milk.

Tozammel Huq Toza, Upazila Chairman, Daulatpur said, thousands of char farmers have changed their life style rearing cattle and most of the farmers of the areas are maintaining their lives selling milk.

District animal resource officer Dr. Farhadul Alam said many farmers have started mini cattle farm with own initiative in the district and they give necessary suggestion to the cattle farmers to develop their domestic farms.