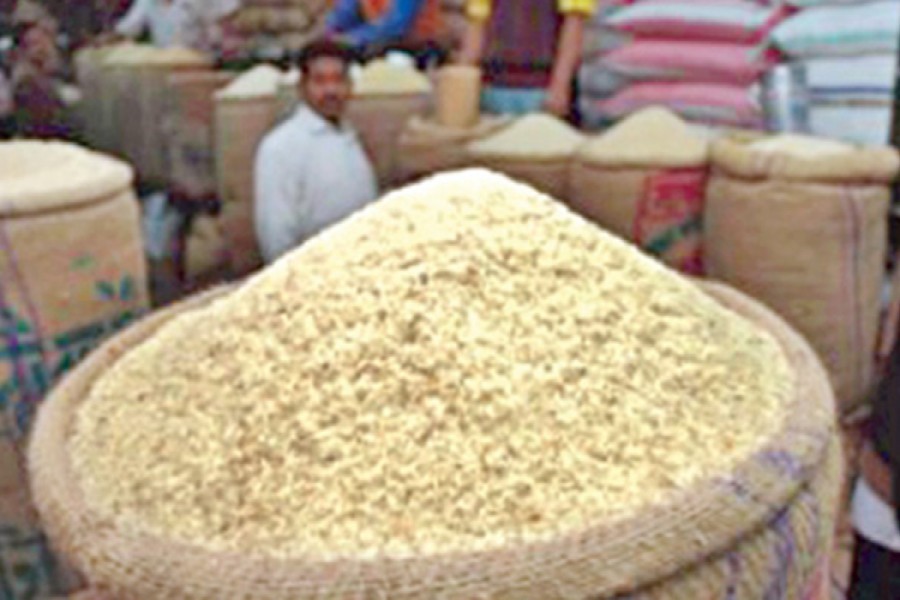 As per the proposal of the Food Ministry, the Food Directorate will import the rice at total cost of Tk 4.28 billion from different suppliers under a number of packages.

In absence of the committee head Finance Minister AMA Muhith, Commerce Minister Tofail Ahmed presided over the meeting of the Cabinet committee on Wednesday.

The bulk rice is being purchased as part of the government`s plan to import about 1.1 million tons of food grain to cover the shortage of rice by the recent floods.

Earlier a number of similar proposals were approved by the Cabinet body, reports UNB.

The state-owned Power Development Board (PDB) will purchase electricity from the plant at US 11.95 Cents, equivalent to Tk 9.56 per kilowatt hour each unit) for next over 20 years.

The committee gave approval to a proposal to procure 8.348 km extra high voltage cable at a cost of Tk 3.21 billion for power evacuation from 400 MW Bibiyana-3 combined cycle power plant.

The extra power cable is being required for the change of the site of the power project, the proposal said.

The Cabinet body gave go-ahead to another proposal of the Power Division to change the name of the lead partner in the joint venture company which won the turnkey EPC contract for construction of the 400 MW gas-based Bibiyana South combined cycle power plant.

The PDB is implementing the project with the financing from the newly created `Power Maintenance and Development Fund`.

Spanish firm Isolux Ingeneria, which was lead partner in the EPC joint-venture, has pulled out from the partnership. Instead, South Korean firm Samsung C&T Corporation took over charge of lead partner and Indian firm Larsen and Toubro Limited entered in the JV as a new partner.

The Cabinet Committee approved Energy Division's six proposals including an amendment to the cost calculation of the proposed import of diesel through pipeline from Indian Numaligar refinery.

The five other proposals were awarding of contracts to different international companies for supply of different drilling related equipments for Kashba-1 and Salda (North)-1 gas fields.

Earlier, a meeting of the Cabinet Committee on Economic Affairs approved four proposals including hiring of legal experts for helping the  government to submit detail proposals to the Commission of the Limits of the Continental Shelf-CLCS to establish Bangladesh's right in the Bay of Bengal.