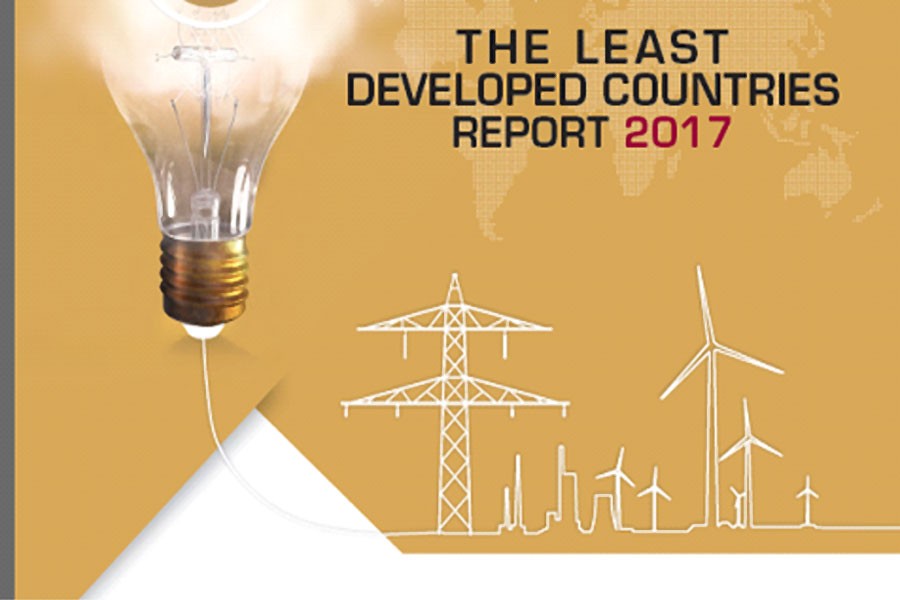 Bangladesh requires some 20-30 per cent more new electricity connections every year to achieve the universal access to electricity by the year 2030.

The projection has been made in the Least Developed Countries Report 2017, prepared by the United Nations Conference on Trade and Development (UNCTAD).

It said Bangladesh and the Comoros are the LDCs facing challenge in this connection substantially while Senegal and Sao Tome and Principe are faced with much more challenge where 75 per cent annual increase in electricity connection is required.

“Among the LDCs with reliable data, two Asian countries — Nepal and Bhutan— appear well on track towards this target, which requires substantially fewer new connections per year than over the last decade for which data are available,” the report read.

“Lao People’s Democratic Republic could also achieve universal access by 2030 with around 10 per cent fewer new connections per year than over the last decade,” it added.

The report observed that the target of universal access should nonetheless be achievable with an increase in policy attention and investment.

Centre for Policy Dialogue (CPD) organised a press briefing Wednesday morning in Dhaka to launch The LDC Report 2017, which was officially unveiled across the world at the same time.

UNCTAD’s LDC Reports are annual publications which highlight the state of economic development in the LDCs with opportunities and challenges of these countries.

The 2017 report subtitled Transformational Energy Access argues that the economic dimension of modern energy access in the LDCs has so far received too little attention in the discourse on “achieving universal access to modern energy” as foreseen in the Goal 7 of the Sustainable Development Goals (SDGs).