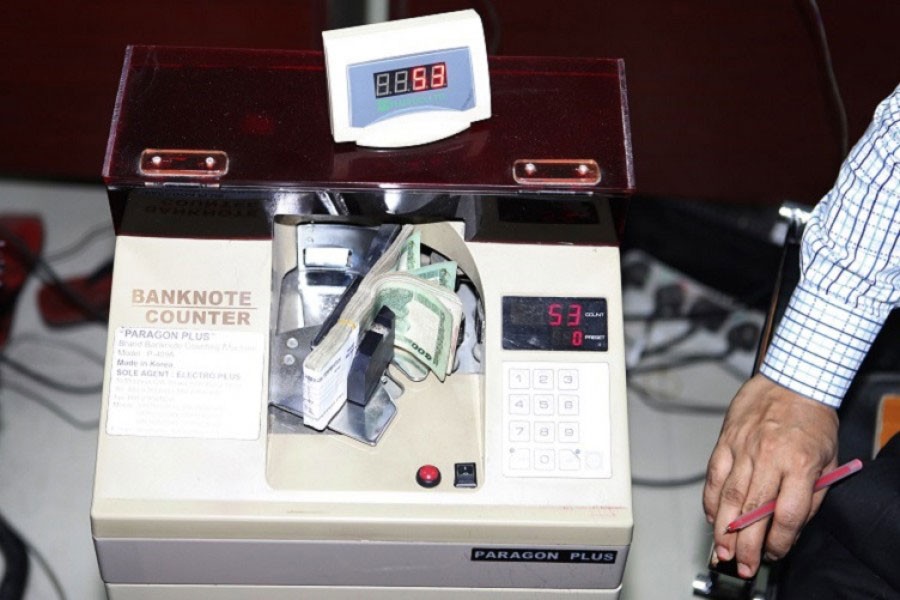 Such ratings without a formal reference rate for the financial market are not always acceptable to foreign parties, and local stakeholders also get into difficulties in financial dealings, sources said.

Though DIBOR initiative was launched at least eight years back, it remained a forgotten name as it couldn't make any headway in terms of its acceptance and popularizing.

As a result, the country's financial market has no functional benchmark rates for contracts or future products.

Many suffer for this vacuum and many use Treasury bond or bill rates as reference in financial dealings.
People having stakes on the financial market said a credible benchmark has immense contribution to make to the stability of the financial system and mitigating financial risks.

People familiar with the matter at its implementing agency and others told the FE that this is very much needed as the financial market has been expanding with its new and innovative products.

A section of people said the benchmark rate does not ensure representation of all banks operating in the country and that is why it faced with teething troubles in offering references for quoting by any party.

However, the Bangladesh Foreign Exchange Dealers Association, a group of 54 commercial banks operating in the country, regularly publish on its website the benchmark rates as a weighted average of lending rates of a group of banks.

It calculates an average rate for each tenure after trimming the rates submitted by the banks. It posts the same on its website no later than 12 noon each day.

DIBOR - a look alike of LIBOR in London - should widely be used as a reference rate for many financial instruments in both financial markets and commercial fields. People familiar with the matter told the FE that none does use it.

In the meantime, the Bangladesh Foreign Exchange Dealers Association (BAFEDA) had prepared a code for the DIOBOR and submitted to the central bank at least five months back. The code of conduct is to provide a core framework for contributing banks to operate the DIBOR effectively.

An official at the BAFEDA said this code is intended to ensure the DIBOR-submission process so that it can be reliable and accurate for the purpose of ensuring the integrity and credibility of the country's reference rates.

Sources at the central bank told the FE that they had a meeting on the code of conduct with the BAFEDA and they asked the banks to submit their opinions.

An official who dealt the issue with the Bangladesh Bank told the FE that some banks submitted their opinions and some didn't. And some expressed their arguments on the DIBOR.

Md. Ali Hossain Prodhania, chairman of the BEFEDA technical committee, said there is need for 'transacted data'. "There is no mandatory provision for submitting such data-many are not doing the same, making the benchmark rates unrepresentative."

He, however, said they had been working with the central bank on the matter.

Ashim Kumar Saha, an expert on this matter and senior banker at Mercantile Bank, told the FE that the banking products and the DIBOR tenures have differences that affect the quotes.

"We have no weekly products, then how we can quote in the weekly DIBOR quotes?" Mr Saha, a senior executive vice president of the bank, asked. He said the DIBOR was made hurriedly.

The banker said there could be wide application of the DIBOR, giving an example of borrowing a fund from a foreign source.

"Suppose one got an offer of fund and he now needs to quote the rate of interest, but in absence of DIBOR, he is ultimately using treasury bonds' rates."

He mentioned that in many cases the foreign lenders do not accept such quotation.

Md Nurul Amin, CEO and Managing Director at Meghna Bank, feels that there should be a standard for the interest on the financial market as the market is expanding fast along with its innovative products.
"Can we ignore its importance in our market?" the bank MD questioned.

He said the central bank has a role in effectively implementing the benchmark.

The debt-management department of the Bangladesh Bank asked the banks to submit their quotes sometime in 2009.

The BAFEDA made the proposal to the central bank for developing a benchmark yield curve for interbank money market.

It introduced overnight, one-day, one-week and one-month tenures. It wanted even other longer-term products up to one year as market matures.