Bangladesh poised to become trillion-dollar economy by 2040: US firm 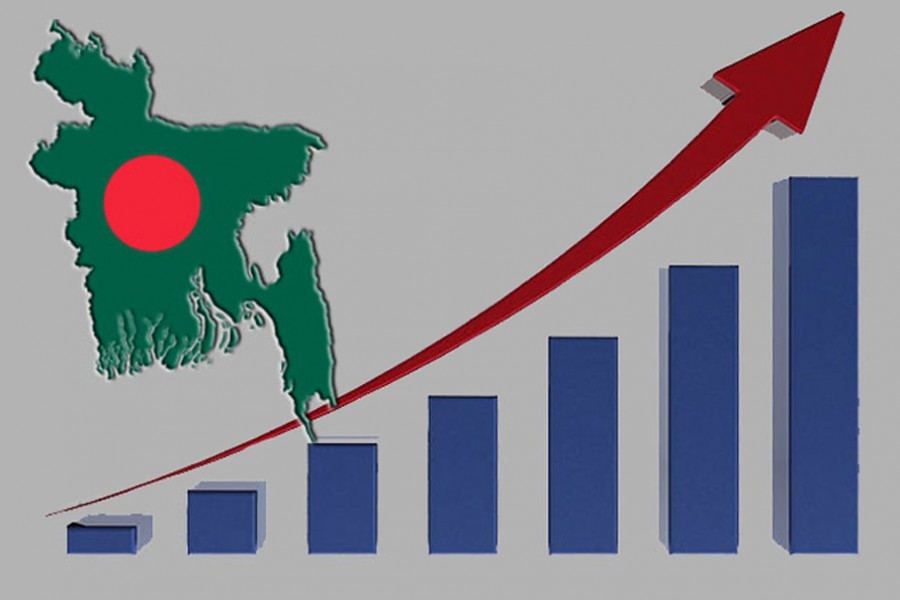 Bangladesh is on course to emerge as a $1.0 trillion economy by 2040 at an average growth rate of 5.0 per cent, powered by a surge in middle and affluent consumers, an American consulting firm said in a study.

The domestic consumer market is set to become the ninth-largest consumer market in the world through a rapidly expanding middle and affluent class which is projected to grow from 19 million in 2020 to 34 million by 2025, according to the study released by Boston Consulting Group (BCG) on Friday.

With an average annual economic growth of 6.4 per cent between 2016 and 2021, Bangladesh, a nation of 170 million people, has outpaced major Asian peers such as India, Indonesia, Vietnam, the Philippines and Thailand, reports bdnews24.com.

Rapidly growing consumer demand and greater spending in Bangladesh come from the middle and affluent classes. Bangladesh’s $416 billion economy is heavily reliant on household consumption -- 69 per cent of the 2021 gross domestic product.

“Consumer optimism in Bangladesh is high. This vital optimism kicked off the virtuous cycle of high growth which Bangladesh has experienced over the last decade,” BCG said.

But no story is without ups and downs. The current economic climate has created some uncertainties, with liquidity challenges, foreign exchange risks and inflationary pressures in the short term, but the measures the country is taking should allow Bangladesh to remain on its course towards a trillion-dollar economy, according to BCG.

“Recent macro-economic challenges resulting from the global economic slowdown have seen optimism levels dip, but 57 per cent of respondents continue to believe the next generation would have better lives than themselves, especially as the country transitions to a skill-based economy,” it said.

Bangladesh’s “remarkable growth” saw the nation progress from low-income to a lower-middle-income country status in 2015 as classified by the World Bank.

Despite graduating five years later to LMIC status versus India, the GDP per capita is already higher than its regional peer, and Bangladesh aims to become an upper-middle-income country by 2031.