Otherwise it could face an annual GDP loss of 1.6-2pc due to climate change, says PC in its draft Delta Plan 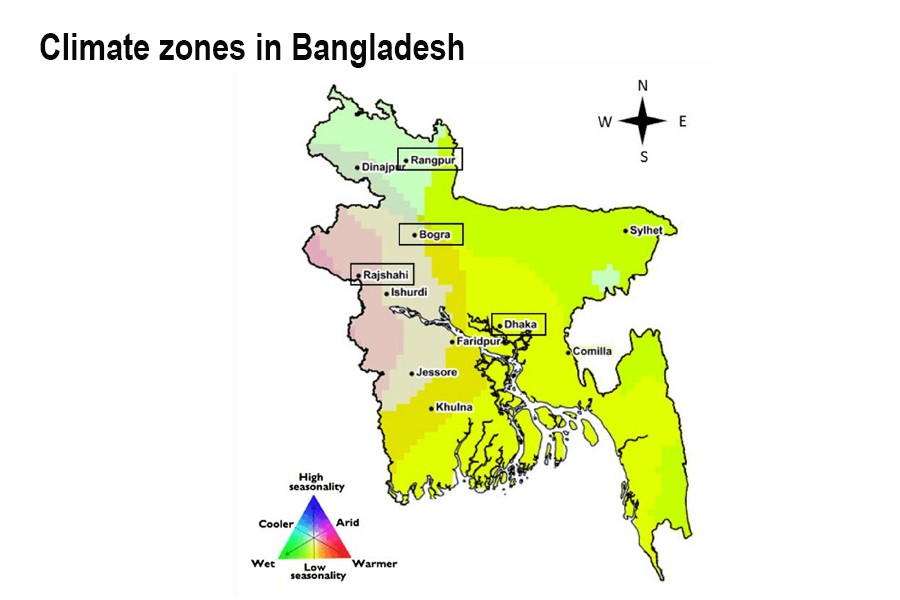 Bangladesh needs to increase its spending on water-related projects by more than three times or could face an annual GDP loss of 1.6-2 per cent due to climate change, a recent government planning document has projected.

The country currently invests around 0.8 per cent of its Gross Domestic Product (GDP) in water-related projects—mostly in the form of embankments, polders and improvement of inland waterways navigation.

However, total spending on water related projects needs to be about 2.5 per cent of GDP per annum by 2030 to avert the adverse effects of climate change, according to the Bangladesh Delta Plan recently drafted by the Planning Commission.

With a population of 160 million crammed into a total space of 147,570 square kilometres, the deltaic nature of Bangladesh poses numerous challenges and opportunities for the country.

In this context, the government has recently come up with an 83-year long draft plan with a vision and strategy to reach optimum level of water safety, food security and sustained economic growth.

At the same time, a 4 degree Celsius increase in temperature could result in 28 per cent decline in rice production and 68 per cent in wheat output, the report said. This could have negative impacts on real GDP by 0.67 per cent in 2050 and 0.93 per cent in 2100.

In addition, climate change could also result in the loss of 17 to 21 per cent of the country's land as around 30 thousand kilometres of Bangladesh's total land area will be inundated.

The report also noted that when it comes to construction sector, climate change could result in capital stock depletion by 0.05 per cent per year until 2100; while sectors closely related to construction would experience larger fall in real GDP.

Apart from that, climate change could also result in increased load-shedding, rise in energy demand-supply gap, fall in production as well as GDP losses in agriculture and industry due to damage to energy infrastructure.

To address this possible scenario, the Delta Plan estimates that an additional investment of about 1.7 per cent of GDP each year will be required for adaptation against climate change and other environmental impacts.

"In current prices, total required spending on Delta Plan related projects would be about US$ 3.5 billion in the fiscal year 2017, which will increase to US$ 29.6 billion by FY 2031," said Member of the Planning Commission Prof Dr Shamsul Alam whose General Economics Division has spearheaded the formulation of the plan.

"However, doing so will require creative financing arrangements, including involvement of the private sector," he added.

Relevant projections estimate that out of the total 2.5 per cent of GDP that is required for financing the BDP, some 80 per cent will be publicly funded while private sector involvement will be limited to 20 per cent.

At the same time, much of this additional financing will be mobilised from external sources to minimise the stress on domestic money market, officials said.

"In the current global environment, there are a plenty of low-cost private foreign financing sources available," said Prof Alam.

"Additionally, there are numerous sources of multilateral and bilateral financing for climate change adaptation related projects at concessional terms and in the form of grants," he added.

Experts also observe that one of the most important but yet unexplored funding sources for BDP could be the 'Green Climate Fund' through which Bangladesh can receive as much as US$ 2 billion per year.

They also pointed out that GCF would also become important in the coming years as with Bangladesh becoming a middle-income country, funding from development partners would gradually decline.

In fact, the BDP investment plan estimates that from the year 2020 onwards, GCF would finance a major share of the Delta Plan budget, ranging from 23 per cent to 33 per cent.

Meanwhile, it is also estimated that from 2025 onwards, other public finance sources will need to play an increased role in funding Delta Plan related investments.

"Rolling out of PPP schemes and special financing instruments should enable us to attain a higher level of private sector funding for BDP," said Prof Jamilur Reza Choudhury who heads the Technical Advisory Committee of the Delta Plan scheme.