Bangladesh keen to boost trade with seven sisters of India 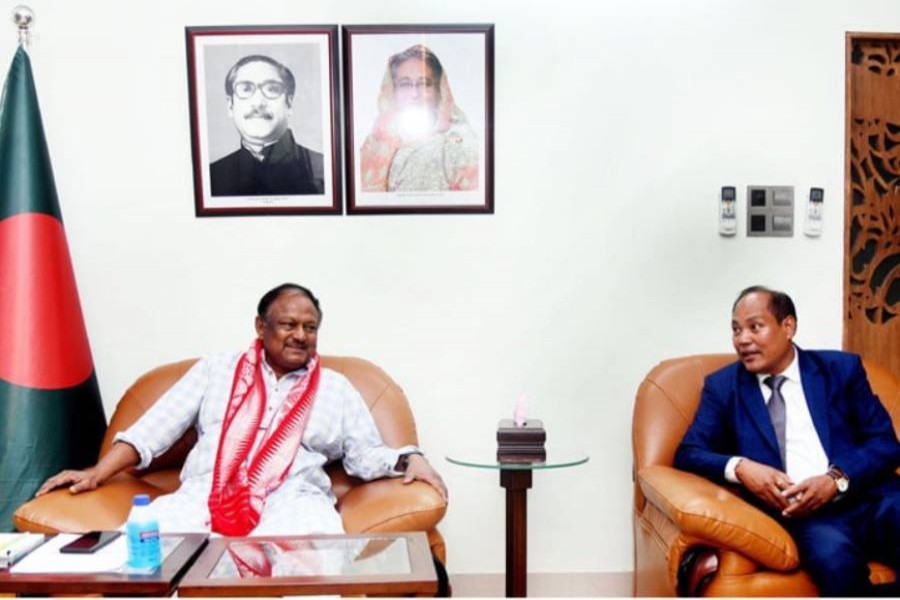 Terming India as a friendly nation as well as a trade and development partner of Bangladesh, Commerce Minister Tipu Munshi has said that there is a huge scope for boosting trade and investment of Bangladesh with the seven sisters of India including Assam.

"We're interested to increase trade and investment with this region," said Tipu when a delegation, led by Biswajit Daimary, Indian politician from Bharatiya Janata Party and the incumbent speaker of Assam Legislative Assembly, met the minister at his official residence in Dhaka on Sunday.

Biswajit is leading a 62-member delegation to Bangladesh.
The commerce minister said that RMG represents around 83 per cent of Bangladesh's export earnings while raw materials and machineries of this industry are also being imported from India.

He suggested that Assam could take expert trainers from Bangladesh in the RMG sector and thus groom their RMG workers as skilled workforce.

Tipu mentioned that apart from the RMG items, various traditional items, ceramic products and Jamdani sarees are also very much popular in India while the products of local business conglomerate PRAN-RFL Group have also made a strong position in the Indian market.

"Hopefully the export of Bangladeshi products will increase further in the bordering states of India in the coming days," he added.

In response, Biswajit said that Bangladesh witnessed massive developments over the years with the ongoing works of many mega projects. "There is a scope for increasing further the trade and economic relations between Assam and Bangladesh," he said.

Mentioning that India attaches higher importance in its relationship with Bangladesh in all spheres, the speaker of Assam Legislative Assembly said that Bangladesh could increase imports and exports with Assam through land ports and also through waterways.