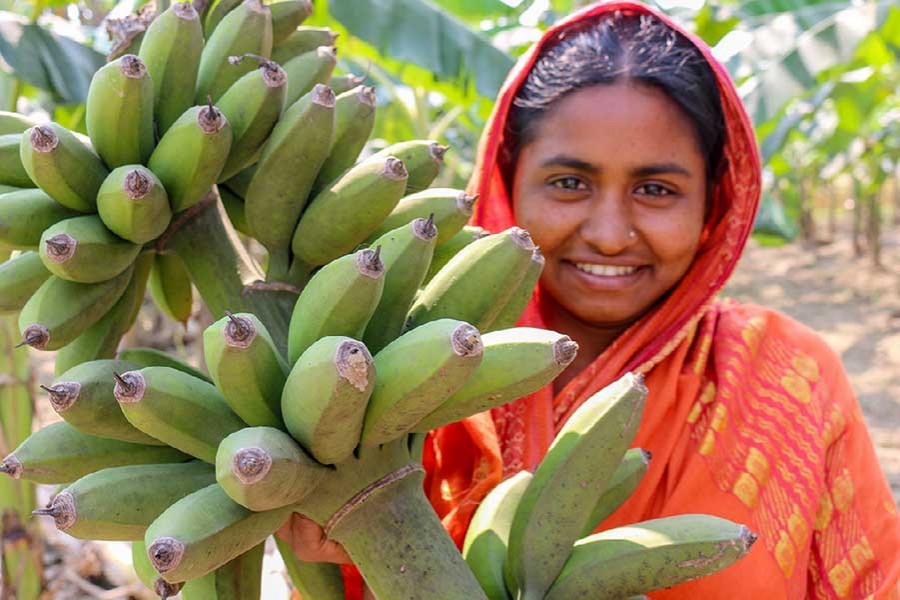 Farmers of three upazilas in Manikganj district have gained solvency by cultivating banana in their sandy land which previously remained uncultivated for long time.

Most of those lands are situated in the remote char areas of the Padma and the Jamuna rivers of the district.

The ultra-poor farmers of the district are now improving their economic conditions through banana cultivation, says a BSS report.

Sayeed Miah, 55, one of the banana cultivators of village Ramchandrapur under Sutalori union of Harirampur upazila, said he started banana cultivation on 50 decimal of land planting one hundred local variety banana saplings three years ago.

Getting good return, every year he is increasing the number of different kinds of banana every year. He expected that he would earn at least Tk 100,000 except production cost this year.

Hundreds of cultivators of Haluaghat, Mehendipur, Notakhola, Harihordia and adjacent areas of Harirampur char areas followed Sayeed and started banana cultivation and are getting good return.

Students of the areas are also cultivating bananas and getting good return and improving their economic condition.

Department of Agriculture Extension (DAE) and some Non government organisations (NGO) are providing technical support, holding discussion, exchanging views with the farmers and giving training on cultivation of other crops like bitter gourd, sweet pumpkin and cucumber in the same land at the same time.