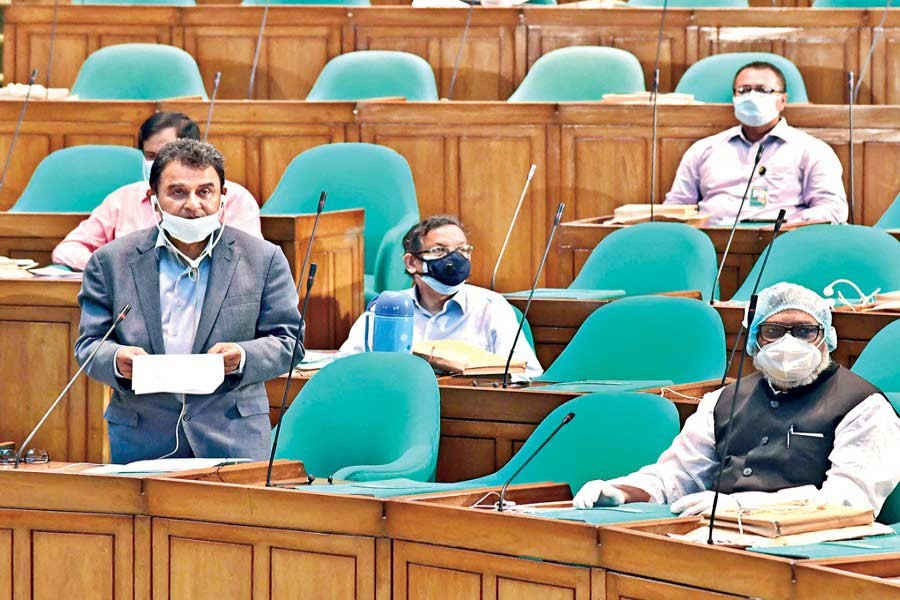 Finance Minister AHM Mustafa Kamal on Wednesday said the amount of defaulted loans in the country has crossed Tk 1.26 trillion.

Apart from this, another Tk 210.46 billion is stuck due to the order of the high court, as banks and financial institutions are not able to realise.

The minister gave the information while responding to a tabled question from ruling party lawmaker elected from Chattogram M Abdul Latif, reports UNB.

He said, "The amount of defaulted loans of all banks and financial institutions of the country in the CIB database till March 2022 is Tk 1.2639 trillion."

Highlighting the steps taken by the government to identify defaulting customers and bring them under the law, the finance minister said that cases were being filed against loan defaulters.

He said that a defaulter of one bank cannot take loan from another bank.  Banks have been advised to use alternative dispute resolution methods to recover loans.

He also said that the Bank Company Act will be amended where intentional loan defaulters will fave various types of restricts.

Replying to a question from ruling party MP elected from Jamalpur Abul Kalam Azad, the finance minister said there was no specific information on money laundering from Bangladesh.

"It is very difficult to determine the amount of money laundering," he said.

He mentioned that various development agencies and research institutes use different methods to estimate the amount of money laundered from Bangladesh and abroad.

Even those institutions do not demand its appropriateness, he added.

The reports of these organisations contain conflicting information on the amount of money laundered from Bangladesh.

Bangladesh Bank injects $7.34b into forex market in 11 months