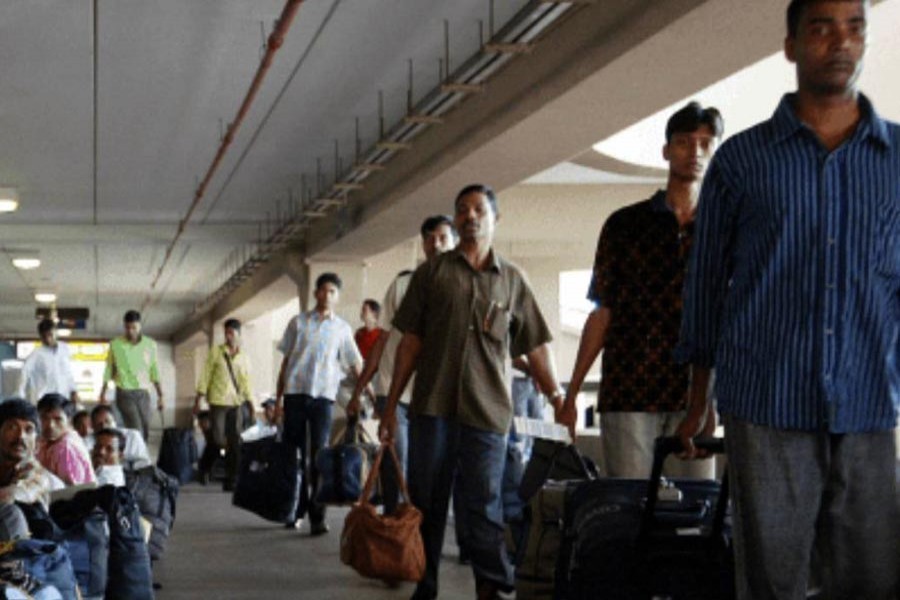 More than 100,000 Bangladeshi workers were sent back from abroad last year due to a host of reasons such as overstay and scarce jobs.

Of the total, some 62,000 workers were deported from different countries in the Middle East. More than 50,000 were also sent back from Malaysia under its "Back 4 Good" programme.

They also urged the authorities concerned to ensure sustainable labour migration to check such unsuccessful migration.

According to the information available with BRAC migration programme, out of the total 62,000 workers, half of them came from Saudi Arabia alone.

Meanwhile, the arrival of Bangladeshis from the Gulf country continued as more than 600 workers came back home in the first week of this year.

Officials said drives against illegal immigrants had been continuing in Saudi Arabia for the last two years.

If a worker stays in the country without any valid job, he or she will be arrested by police and sent back home.

Saudi Arabia has suspended recruiting foreign workers in 42 trades as part of its economic reform. So, the workers engaged in such trades are being arrested and deported home.

Talking to the FE, Jahirul Islam, labour counsellor at the Bangladesh High Commission in Kuala Lumpur, said more than 50,000 workers returned home until the deadline of Back 4 Good, or B4G, scheme announced by Malaysia.

On August 01, 2019, the Malaysian immigration authorities launched the B4G programme so that irregular foreign workers can return to their home countries voluntarily. The scheme ended on December 31 last.

Mr Islam said he is not sure whether more undocumented Bangladeshi workers are staying back in Malaysia.

The number of Bangladeshis returning home is the second-largest among all the returnees from the Southeast Asian country under the amnesty programme.

The Malaysian immigration authorities are set to carry out a massive arrest operation after the expiry of the B4G programme, local media reported.

But the Bangladesh labour counsellor said there is no special drive there; Malaysia is continuing its ongoing operations against irregular foreign workers.

Failing to get proper jobs, wages and other facilities most of the workers returned home, he noted.

He underscored the need for assessing costs and benefits before a migrant leaves the home country, he said.

Syed Saiful Haque, chairman of the WARBE Development Foundation, said the government should provide reintegration support to the returned workers from the Wage Earners' Welfare Board.

He said since the welfare fund has been established with the contribution from workers, they have right to get support.

Bangladesh sent more than 700,000 workers abroad in 2019, according to the data from the state-run Bureau of Manpower Employment and Training.

Over 12 million Bangladeshis had gone abroad with jobs since 1976, of which almost one-third found their employment in Saudi Arabia alone.