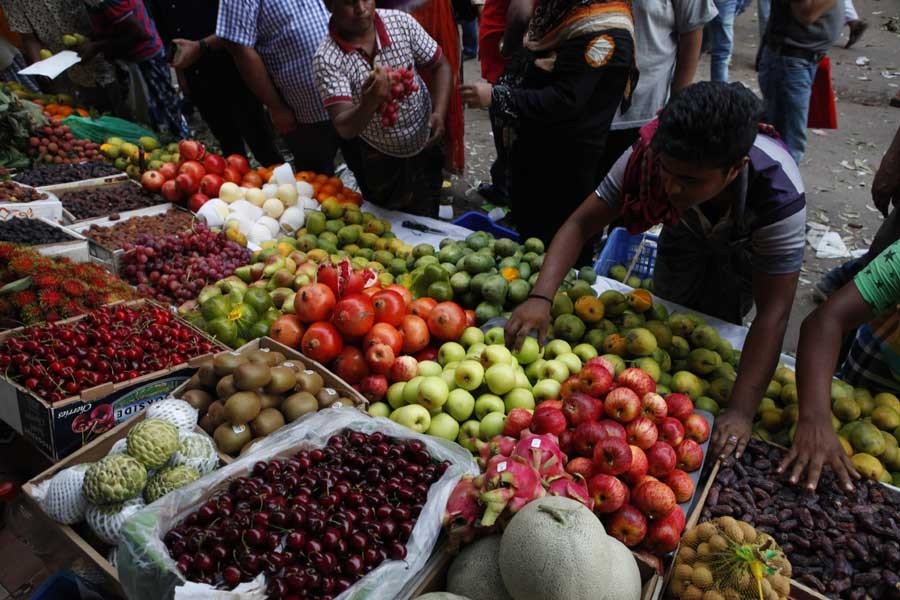 Bangladesh has become a ‘global example of success’ in fruit production over the past few years, but needs to grow the industry more to meet local demand, said Agriculture Minister Abdur Razzak.

Currently, Bangladesh has the fastest increase in fruit production according to the UN Food and Agriculture Organisation (FAO), the minister said at a media briefing on Monday to mark the upcoming National Fruit Fair on Jun 16.

Bangladesh has seen an 11.5 per cent annual rise in fruit production, he said, reports bdnews24.com.

Globally, Bangladesh stands in second position in jackfruit production, seventh in mango production, eighth in guava and fourteenth in papaya production. It has made it into the list of top ten countries producing seasonal fruit.

The country has had success in farming a variety of fruits, Abdur Razzak said.

The minister, however, said the increased production is still not enough to meet local demand. Bangladesh has a daily demand of 200 grams of fruit per capita while the available supply is 85 grams.

“Fruit production rose 22 per cent in the last 12 years.”

“The current government has been working to ensure safe and nutritious food for everyone. That is why fruit and fruit trees are very important.”

A proper portion of fruit in people’s daily diet can play a major role in ensuring food security and nutrition. That is why the government is focusing on producing fruit that is safe to eat and produced in an environmentally friendly way.

“Our scientists have already invented 65 improved varieties of 30 fruit that can be farmed.”

Besides local fruit, Bangladesh has been farming some exotic fruit as well. Cashew and coffee beans are farmed in the hilly areas of the country, he said.

The fruit fair will be held at Krishibid Institute from Jun 16-18, between 9 am and 9 pm.